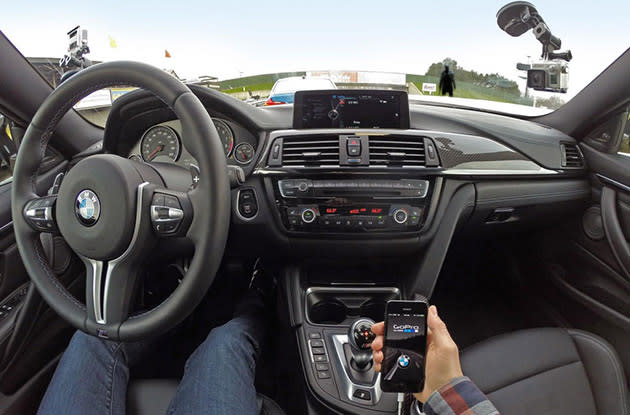 Sure, you can use GoPro with any car you want, but BMW and Mini owners will have an easier time controlling the device from inside their cars. Why? Because the action camera's now tightly integrated with BMW's infotainment system. When you pair up the two, you'd be able to configure the camera, choose from six pre-set modes and start and stop recordings right on the in-car system's screen. The partnership comes with a few limitations, though: it only works on 2012 or newer BMW and Mini models loaded with BMW Apps or MINI Connected option, and you need to use a WiFi-connected GoPro -- in other words, HERO3+ models. Also, you'll need to connect an iPhone (4 or later) to the vehicle via a USB cable, because the camera can only communicate with the entertainment suite through GoPro's iOS app. Come to think of it, that's quite a lengthy list of requirements, but anything to record your on-road adventures, eh?

In this article: bmw, GoPro, hero3+, mini, mobilepostcross
All products recommended by Engadget are selected by our editorial team, independent of our parent company. Some of our stories include affiliate links. If you buy something through one of these links, we may earn an affiliate commission.