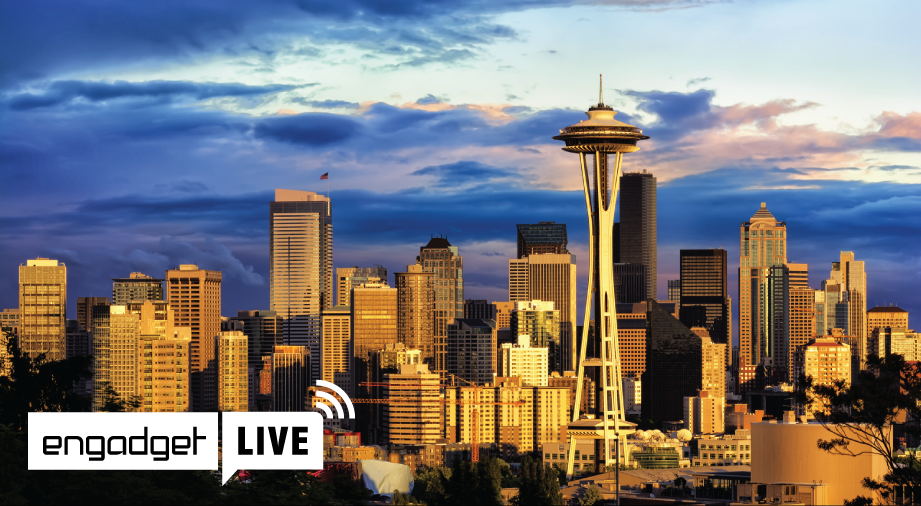 Seattle, the always caffeinated, drone-building, Super Bowl-winning, beautiful city that coddles the Puget Sound. We had such a great time hanging with the locals last year that we're making a comeback. Join us at Showbox SODO on Friday, July 18th, 7PM sharp for our second Engadget Live event of the year. (If you happen to be in Austin, Texas, this coming Friday, join us at our first "Live" event there!)

What's Engadget Live? Unlike trade shows and press-only events, we bring together gadget lovers with tech brands in an interactive environment. A bunch of great companies (mostly local ones!) will show off their newest products and get feedback directly from fans like you.

What companies will eagerly await your arrival? PicoBrew will show off its Zymatic brewing appliance, which lets you brew top-quality craft beers at the push of a button. While you sip on that beer, you can watch a show recorded on TiVo's superior line of DVRs (which put those cable company-issued units to shame.) Huawei will show off its line of smartphones and let you go hands-on with them (after which you can write your own review on Engadget!).

Into interplanetary exploration? Planetary Resources, the company that is working to look outside Earth to discover natural resources, will bring its space telescope and meteorites for a little show and tell.

If all of this sounds just too good to miss, get your tickets right here for just $5 per person. If you're not going to be anywhere near Seattle on July 18th, you can join us in Boston on August 22nd or Los Angeles on October 3rd. All of our Engadget Live events lead up to our flagship Engadget Expand show, which will take place in New York City on November 7th and 8th (tickets, for which, can be purchased right here!).

Update: castAR, previously announced as an exhibitor at Engadget Live Seattle, will no longer be in attendance. We regret any inconvenience.

In this article: amazon, corning, engadget live, engadgetevents, engadgetlive, events, huawei, picobrew, planetary resources, seattle, showboxsodo
All products recommended by Engadget are selected by our editorial team, independent of our parent company. Some of our stories include affiliate links. If you buy something through one of these links, we may earn an affiliate commission.