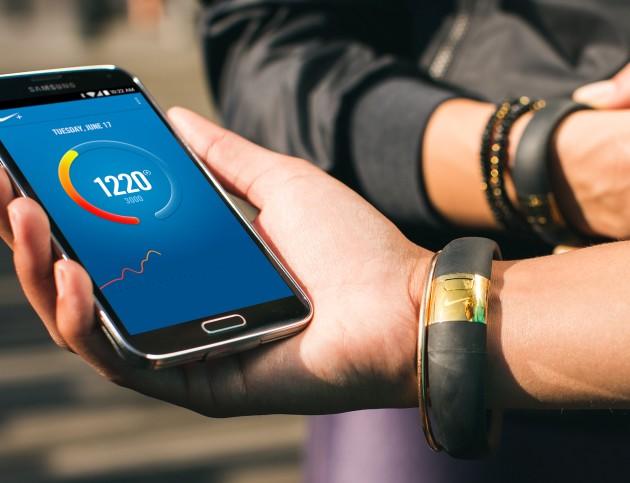 Despite rumors of the Nike+ Fuelband's demise (and a cozy relationship with Apple), the sportswear maker has finally expanded its compatibility by releasing a sync app for Android. Just like the iOS companion app, it communicates with Nike's wearable fitness tracker over Bluetooth, but this one only works with the newer Fuelband SE and a select list of Android phones. Requiring Android 4.3 and Bluetooth LE support, right now that list includes the Samsung Galaxy S3, Samsung Galaxy S4, Samsung Galaxy S5, HTC One, Nexus 5 and the Moto X. Last year Nike denied it even had an Android app in the works, and yet here we are. The feature list looks comparable to the iOS version, but coming more than two years after the Fuelband originally launched, we're wondering how Nike+ will fit into the health and wearable plans being laid out by Apple, Google and the rest. NikeFuel Daily Goal - Create a goal, edit and view progress toward that goal.

Sessions - Track deliberate periods of movement, such as workouts and games, by starting and ending a Session on the Nike+ FuelBand SE. Review session data afterward for a focused analysis of movement. Users can calibrate and share sessions via Nikeplus.com.

Activity and Session History - Analyze past activity data to see progress and patterns.

NikeFuel Daily Goal Recognition – When a goal is achieved, an onscreen celebration will appear. In this article: android, fitness, fuel, fuelband, mobilepostcross, nike, nikeplus
All products recommended by Engadget are selected by our editorial team, independent of our parent company. Some of our stories include affiliate links. If you buy something through one of these links, we may earn an affiliate commission.