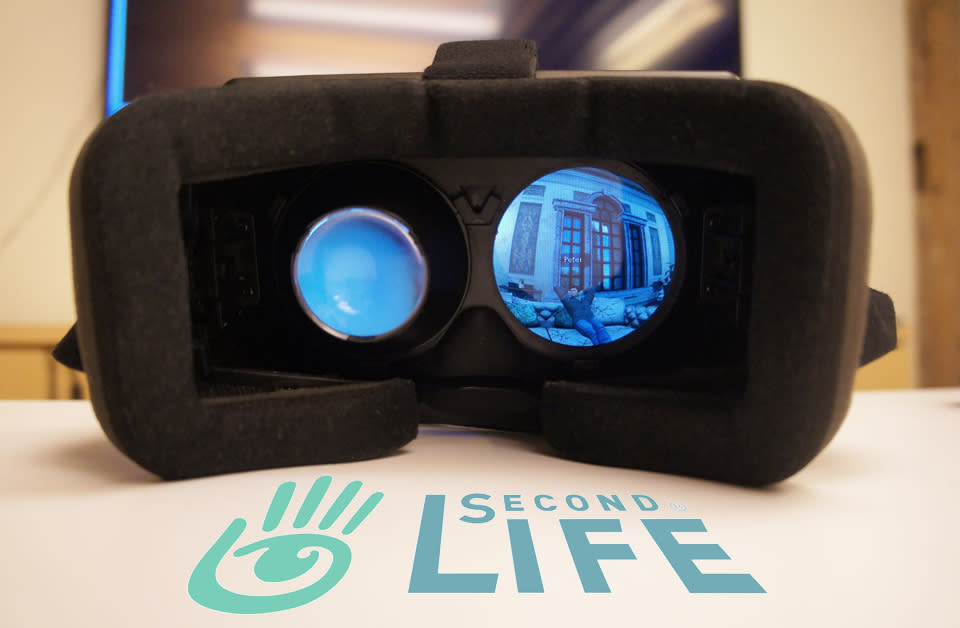 Eight years ago, I was slouching through my college's required mass-media course and silently groaning while my professor excitedly mapped out the promises of Second Life. That online virtual world, where players create items, clothes, buildings and more for actual sale, would replace the internet, she told us, and render the humble web page as outmoded as the Xerox machine. Her enthusiasm wasn't unwarranted for the time: The first user to earn a million dollars on Second Life had just been featured in Businessweek, and Reuters had assigned a full-time reporter to cover that digital frontier.

Ebbe Altberg, CEO of Second Life-maker Linden Lab, admits the press' overblown expectations didn't match up with the early realities of the service. "There was this impression that it under-delivered," he says, speaking from the company's San Francisco office. "It was sort of unfairly overhyped and then got the backlash of the under-hype."

"You find people today and they say, 'Oh, is that still around?'"

That backlash eventually pushed Second Life out of Reuters' headlines (and my professor's syllabus), but it didn't shut the platform down. This week marks Second Life's 11th anniversary and Altberg says it's still turning a profit. Since its inception, $3.9 billion has passed through Second Life's marketplace, of which Linden Lab pays out "tens of millions" of dollars to in-game creators each year. The privately held firm wouldn't say exactly how much that adds up to on its own ledgers, but maintains its annual revenue is in the same ballpark as the $75 million figure given to SFGate last year.

Still, Altberg believes public perception could be better. "You find people today and they say, 'Oh, is that still around?'" Not only is Second Life still going strong, but Altberg also says it's as healthy as it has ever been. At its peak, Second Life was host to a little more than a million active users every month. Linden Lab staff members tell me this number has remained fairly steady over the product's life, but it is lower today: tallying up to just under a million active users each month. A Library of Congress exhibit in Second Life shows off a scan of the Declaration of Independence.

The state of Linden Lab's public image doesn't seem to bother the company's new CEO. Altberg has only been with the company for a few months, but he speaks about Second Life with the pride of a founder. "We could argue that it's the only meaningful virtual world that's been created to this date," he says. If there's an opportune time for him to boast about Linden Lab's experience building virtual worlds, it's now: Facebook's acquisition of Oculus VR has driven the concept of virtual reality back into the public consciousness. In fact, a beta version of Second Life that supports the Oculus Rift is available for users to test right now. But despite this, Altberg seems cautious about relying on VR as a lure to draw new users to Second Life's world.

"We could argue that it's the only meaningful virtual world that's been created to this date."

"We have to be careful," he says. "We've learned from the past that -- even though we've made tremendous things -- it's still a pretty steep learning curve." For a second, it sounds like he's bemoaning the difficulties of learning to cope with virtual reality and the simulator sickness that accompanies many Oculus Rift experiences, but he's actually talking about Second Life itself. It's true that Second Life features a suite of deep creation tools, vast user-created worlds and a marketplace healthy enough for some users to live off of their in-game creations -- but the virtual world's interface is complicated and difficult to learn. "I wouldn't necessarily want to send an incredible mass of people to come to Second Life today," he explains further. "Many of them would have the same opinion they had a year ago ... It's very easy for someone who would be an ideal user for our product to come in and end [up] in the wrong place and get a negative experience." Virtual reality simply adds another level of confusion to the platform. The VR beta might be a fun distraction for die-hard users, but Altberg admits it's not ready for mass consumption. "We're not trying to make too big a deal out of it," he says. "It's still early."

Linden Lab may have tacked Oculus support onto its 11-year-old virtual world, but the company's interest in the headset probably lies with the future of its platform: Second Life's spiritual successor. "We're going to spend a ton of energy in the coming years on a next-gen platform," Altberg says. "That's a big project that we've kicked off since I came on board." A painstakingly crafted tribute to the Tudor era -- just one of the creations Second Life's citizens have contributed to the online world.

The project is only in the earliest of conceptual stages, but Altberg's vision for the next-gen platform has it spanning almost every device its users could possibly own. "How do people interact with the world from their phone, from their pad, from their PC and from their Oculus? All of that we're solving from the ground up with this new code base," he says. "Multi-device from day one." Altberg wants this new platform to be a virtual world that embodies everything Linden Lab got right with Second life, but bigger and more accessible. He also thinks of it as a development platform for new games and virtual reality experiences.

"We're going to spend a ton of energy in the coming years on a next-gen platform."

"It's a platform," he says. "In some ways, you could compare it to Unity." Altberg wants developers to see both Second Life and its eventual successor as game engines they can build their content on. He tries to paint me a picture: "I'm going to build an experience that has virtual capabilities," he starts. "Do I use Second Life? Do I use Unity? Do I use Unreal Engine? Well, if you want to use those [latter two], your technical ability needs to be a lot higher and you have to have a team. In Second Life, you just come in and start building." If Linden Lab's follow-up to Second Life has a good Oculus Rift implementation, he explains, then every experience on that platform can be an Oculus experience. "So, the bar of entry for anyone to be able to create an Oculus experience ... it's almost like we have the lowest bar possible," he says.

Second Life can be many things to different types of users.

The more Altberg describes the concept, the more his vision for Linden Lab's next virtual world sounds like the overhyped expectations Second Life was originally burdened with. His ambitions for the project are certainly high. "We're building the next-generation platform for hundreds of millions of people; not for millions of people," he says. This statement seems contrary to the platform he described to me earlier -- Altberg wants Facebook-like user numbers, but also wants the platform to be complex enough to woo developers away from traditional game-development platforms like Unity and Unreal Engine.

When I ask him how he expects to attract 100 million users without dumbing the experience down, he balks a little. "Would you rather have a really deep and broad product that enables a ton of stuff, and it can only attract 50 million people," he asks, "or do you want a really dumb product that can attract 800 million people? Or a billion people? You have to choose, sort of." Sort of, but not completely -- Altberg believes a versatile platform will give an initially small user base the ability to create experiences that attract a much larger user base. "If we can empower creators to create incredible things," he says, "they, in aggregate, will acquire hundreds of millions of people." In essence, what Altberg is aiming for is not a user base for Second Life or its successor per se, but rather users of specific experiences within those platforms. A Second Life recreation of "The Man" from the annual Burning Man festival.

If anything, Linden Lab's bid for the future of both VR and its own platform sounds more like Facebook than the multiplayer games most associate with the term "virtual world." Second Life, and its eventual successor, may function on the surface as a simple 3D world where users can interact on a social level -- but like Facebook, it's also a platform that can support more complex experiences. Sure, you can use Facebook for mundane tasks like updating your status or looking at your mom's vacation photos, but you can also use it to play games like FarmVille, UberStrike or Mafia Wars. Suddenly, Mark Zuckerberg's interest in Oculus VR seems a little less strange.

Will the next "Second Life" replace the internet, outmode web pages and redefine online interaction as we know it? Probably not -- I still think that college professor was crazy -- but it might have a shot at being the first viable virtual reality social network if it can capture the attention of average users. "I feel like we're in a very good place," Altberg says. "We are the most experienced when it comes to this stuff. We're bullish; we're investing; and all the things that are happening around us with Oculus and the market getting excited about these things again [are] great for us. It'll make it easier for us to attract talent."

In this article: EbbeAltberg, LindenLab, OculusRift, oculusvr, second life, SecondLife, social network, SocialNetwork, VirtualReality, VR
All products recommended by Engadget are selected by our editorial team, independent of our parent company. Some of our stories include affiliate links. If you buy something through one of these links, we may earn an affiliate commission.