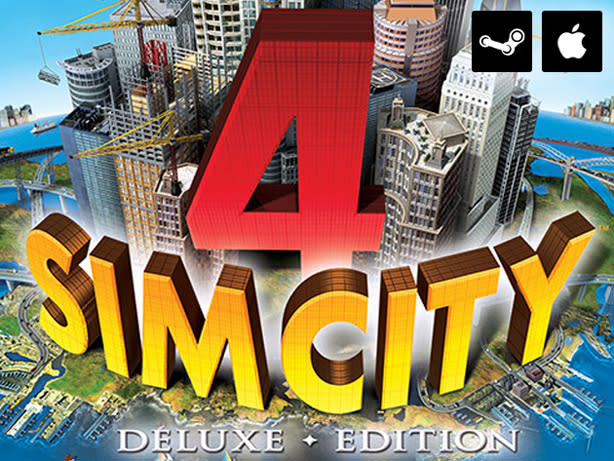 We've got a true classic here for you this week at Joystiq Deals. Today you have the chance to pick up a Steam-redeemable copy of Maxis' city-building strategy game Sim City 4: Deluxe Edition for only $4.99 -- a tiny cost compared to the millions of dollars in damages you'll inflict on your virtual city with earthquakes, volcanoes, and attacking robots when your citizens balk at your extortionate tax rates.

Over on Steam, publisher Devolver Digital celebrates its fifth birthday with an anniversary sale, offering up to 85 percent off of several titles in its digital catalog. Featured games include Shadow Warrior ($9.99), Hotline Miami ($3.99), and Luftrausers ($5.99). The publisher's experimental documentary series and playable prototype bundle Super Game Jam is also on sale for $16.99.

Joystiq Deals is a partnership between AOL and StackSocial. A portion of sales goes to funding this site. Deals are curated by StackSocial independently of the Joystiq editorial team.
In this article: joystiq-deals, mac, pc
All products recommended by Engadget are selected by our editorial team, independent of our parent company. Some of our stories include affiliate links. If you buy something through one of these links, we may earn an affiliate commission.