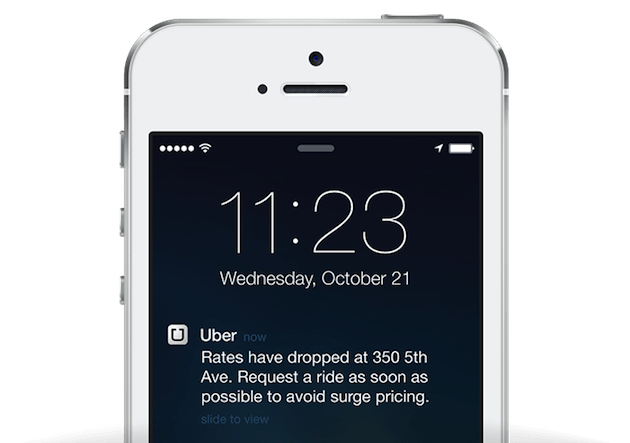 Folks who have nabbed a ride from Uber during major snowstorms in New York City know all too well about the car service's price gouging during those events. Now, the outfit is capping rates during disasters and "relevant states of emergency" in the US, donating commissions from those surge trips to the American Red Cross. Fares will vary between locales, but prices during a state of emergency will remain under the three highest-priced, non-emergency days of the last two months. If you'll recall, the app-based service calculates rates based on periods of high demand and low driver availability, jacking up pricing to match and ruffling a few feathers in the process. "This policy intends to strike the careful balance between the goal of transportation availability with community expectations of affordability during a disaster," said Uber CEO Travis Kalanick.

In this article: cab, disaster, taxi, uber
All products recommended by Engadget are selected by our editorial team, independent of our parent company. Some of our stories include affiliate links. If you buy something through one of these links, we may earn an affiliate commission.