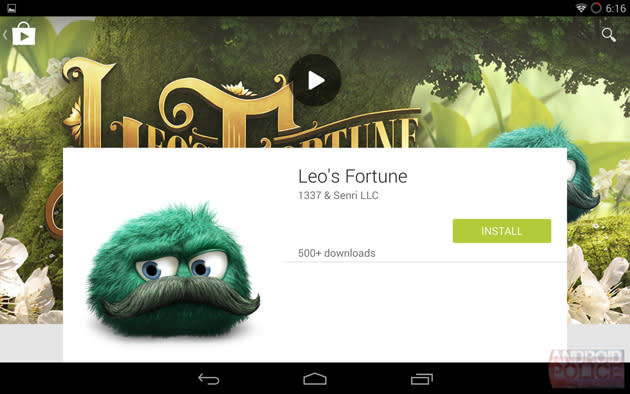 Many would argue that the Google Play Store for Android is useful in its current form, but pretty? Not so much. However, there are now signs that it's going to be much better-looking -- if not necessarily more functional. Android Police has obtained a wealth of screenshots hinting at a big Play Store revamp that borrows more than a few pages from the company's new Material Design handbook. Extra-large artwork is everywhere, and there are now a slew of icons that make it clear what you'll be getting, such as mature content. The layout isn't perfect; there's a lot of scrolling, for example, and some of the sharing features appear to be buried at the bottom. With that said, the new storefront is billed as a work in progress with no definite release date. It wouldn't be out of the question to see a few tweaks before the store reaches your mobile device of choice.

In this article: android, google, googleplaystore, materialdesign, mobilepostcross, playstore, smartphone, tablet
All products recommended by Engadget are selected by our editorial team, independent of our parent company. Some of our stories include affiliate links. If you buy something through one of these links, we may earn an affiliate commission.