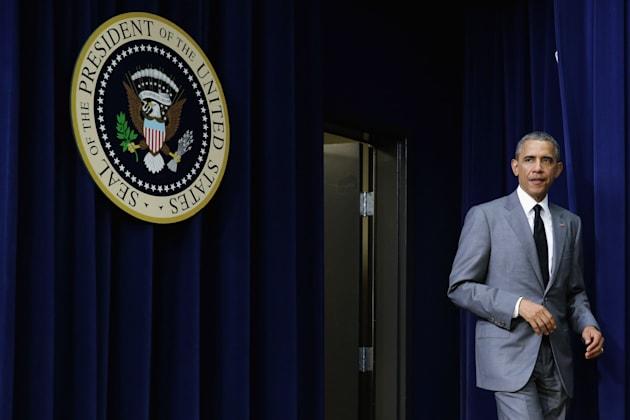 After getting the approval of both the House and the Senate, the US cellphone unlocking bill needed just one more signature to remove the carrier-swapping restriction. Today, President Barack Obama signed the Unlocking Consumer Choice and Wireless Competition Act into law, making it once again legal for smartphone owners to unlock their device without direct permission from the carrier it's locked to. If you'll recall, the effort began as a petition, and is what the White House is calling "an example of democracy at its best." Should you be in need of refresher on the finer points, we explain the whole thing right here.

In this article: bill, cellphone, law, mobilepostcross, poll, unlocked, unlocking, unlockingbill, wedgies
All products recommended by Engadget are selected by our editorial team, independent of our parent company. Some of our stories include affiliate links. If you buy something through one of these links, we may earn an affiliate commission.