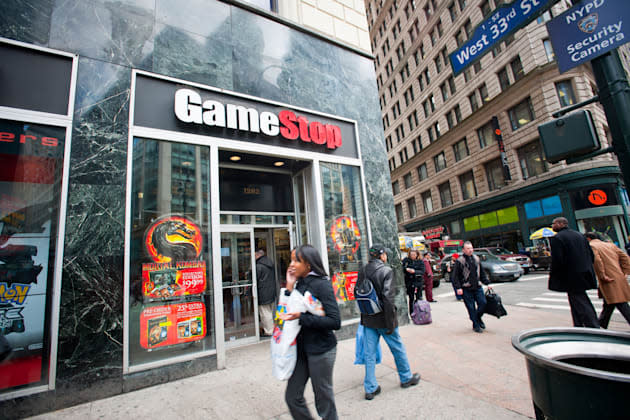 You've brushed up on memorizing lines of dialog from Goldeneye, yeah? Well good, because they'll come in handy now that GameStop has confirmed the specifics of its new system for selling back the games you no longer want. The outfit has issued a press release that it's moving from a ten price-point system for trade values down to four: cash, credit and cash or credit with its in-store loyalty system -- the latter of which will net the most for your transaction. What's it all mean? Well, apparently there are now over 100 titles that are worth at least $20 should you want to pre-order Destiny come August 18th. We wouldn't count on any of them being more than a year old, though.

In this article: gamestop, gaming, hd, hdpostcross, TradeIn
All products recommended by Engadget are selected by our editorial team, independent of our parent company. Some of our stories include affiliate links. If you buy something through one of these links, we may earn an affiliate commission.