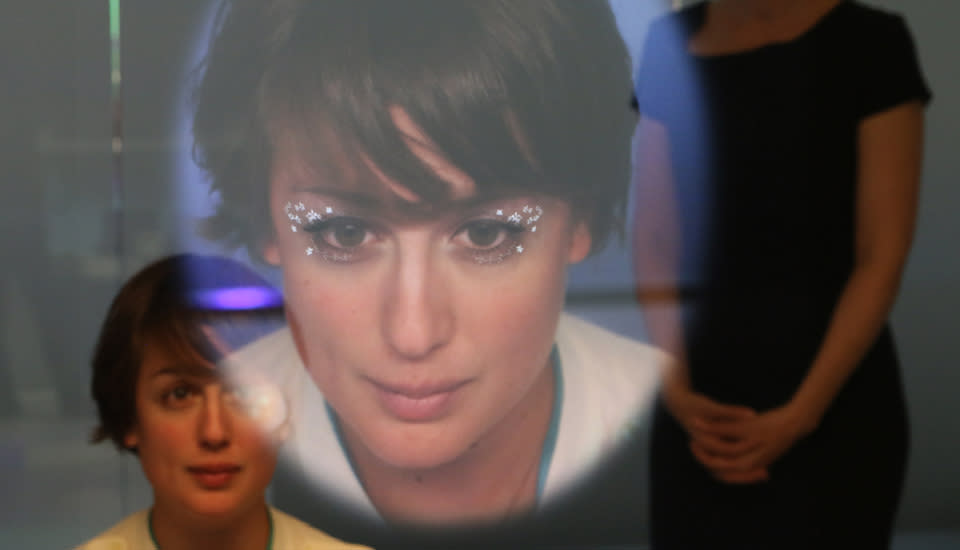 It was going to be either me or my male colleague. That's a lie: It was absolutely going to be me. It was my last day at IFA, Europe's biggest technology show, and Brad Molen and I were sitting inside a sparsely decorated smart home that Panasonic had built in the middle of the demo area. Panasonic needed a volunteer to sit in front of its prototypical smart mirror, which applies digital "makeup" so you can sample new looks. I exchanged a look with Brad, imagining his bearded cheeks with blush on them. Then I sat down and agreed to let a machine tell me everything that was wrong with my face.

Embarrassingly enough, this isn't even the first time I've tested such a product for Engadget. Back at CES, if you recall, I got hands-on with a modded Windows PC that used a Kinect sensor to apply makeup and give people nose jobs. If that's all Panasonic's mirror did, I would have walked away, my dignity intact. But this thing is a little more sophisticated. With the help of sensors and facial recognition software (the same kind as Panasonic's cameras), it creates an enlarged, hologram-like image of your face, and then diagnoses your weak areas -- wrinkles, smile lines, blemishes, et cetera.

When it's done, it makes custom recommendations based on your skin condition. In my case, the mirror zeroed in on the dark circles under my eyes, marking the area with a series of blue lines. I was jetlagged, exhausted and operating on very little sleep. "Get this girl some concealer!" it may as well have said. Then it offered to sell me anti-aging products and have me download a juice recipe. Well played, machine. Well played. From there, you can do all sorts of things to your eyebrows, lips, cheeks and eyebrows, just as you'd expect. For the purposes of this demo, the presenter was using a remote, but it's also capable of voice commands, including "Mirror off." In addition, the mirror could in theory sync with your calendar, and recommend entire looks for different occasions. A first date after work? Meeting with clients? Spending the day at a trade show? (J/k: The answer there is "no makeup.") Of course, I say "in theory" for a reason: Not only is this a prototype, but it isn't necessarily destined for your home, either. Instead, a Panasonic rep told me, the mirror is really intended for places like salons and department stores. Which is just as well: Only a professional could tell me when a space-alien look is called for.

In this article: beauty, cosmetics, culture, gear, hands-on, home, ifa, ifa 2014, ifa2014, makeup, mirror, mirrors, panasonic, services, smart mirror, smartmirror, TL17BEAU
All products recommended by Engadget are selected by our editorial team, independent of our parent company. Some of our stories include affiliate links. If you buy something through one of these links, we may earn an affiliate commission.