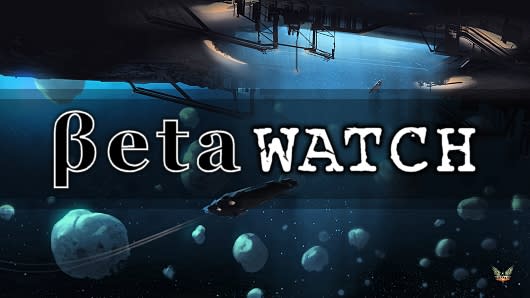 Elite: Dangerous' beta 3 went live this week with bug fixes and new features like player-driven interdiction, asteroid mining, and philanthropy missions. What else is new in the land of MMO testing?Read on for the complete Betawatch roundup.

In this article: alpha, alphas, beta, beta-test, beta-testing, betas, betawatch, blade-and-soul, brianna-royce-betawatch, closed-beta, draenor, elite, elite-dangerous, game-testing, gigantic, kickstarter, launch, launches, line-of-defense, massively-meta, moonlight-blade, moonlight-blade-online, open-beta, otherland, pathfinder-online, roundup, shadow-realms, testing, the-crew, trove, valiance-online, warlords-of-draenor, world-of-warcraft, wow
All products recommended by Engadget are selected by our editorial team, independent of our parent company. Some of our stories include affiliate links. If you buy something through one of these links, we may earn an affiliate commission.