Science says Spice Girls own the UK's catchiest song ever 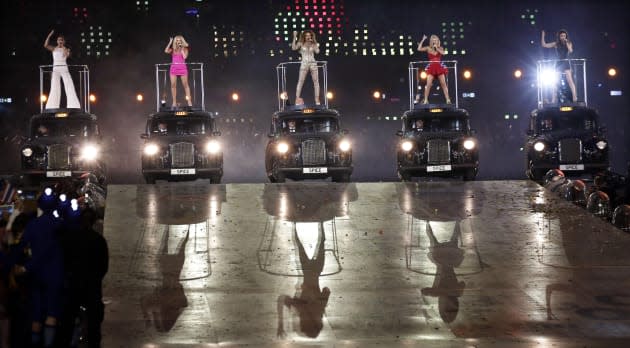 In addition to being married to one of the most popular (albeit retired) footballers in recent years, Victoria Beckham also lays claim to the catchiest song ever in the UK. Posh and her bandmates in the Spice Girls have the most recognizable tune with "Wannabe," according to a study from Manchester's Museum of Science and Industry (MOSI). Using an interactive game, researchers gathered details on what cements songs in the mind of the listener long-term, tallying stats from over 12,000 folks. The game played clips of tracks randomly selected from the best-selling tunes spanning the 1940s to today. Based on the amount of time it took to identify the song, researchers compiled the list of the 20 catchiest of all time, with the aforementioned selection taking an average of 2.29 to recognize. Number 2? Why that's Lou Bega's "Mambo No. 5," and the most recent song is Lady Gaga's "Just Dance," coming in fourth. Don't worry, we've posted the full list on the other side of the break.

[Photo credit: AP Photo/Charlie Riedel]
In this article: catchy, music, songs, spicegirls, video
All products recommended by Engadget are selected by our editorial team, independent of our parent company. Some of our stories include affiliate links. If you buy something through one of these links, we may earn an affiliate commission.