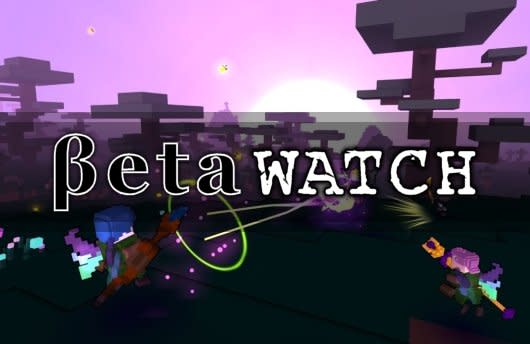 Trove departs the Betawatch list this week, having soft-launched with an open beta destined to go unwiped. Heroes of the Storm will head to closed beta on January 13th. And Blizzard announced Overwatch, a team-based online shooter that'll hit beta in 2015. What else is new in the world of MMO testing?The complete Betawatch roundup is below.

In this article: alpha, alphas, beta, beta-test, beta-testing, betas, betawatch, brianna-royce-betawatch, civilization-online, closed-beta, dawngate, echo-of-soul, elite, elite-dangerous, game-testing, gigantic, hex, hunternet, journey-to-the-west, kingdom-rift, launch, launches, massively-meta, open-beta, overwatch, roundup, skyforge, star-citizen, testing, the-repopulation, trove
All products recommended by Engadget are selected by our editorial team, independent of our parent company. Some of our stories include affiliate links. If you buy something through one of these links, we may earn an affiliate commission.