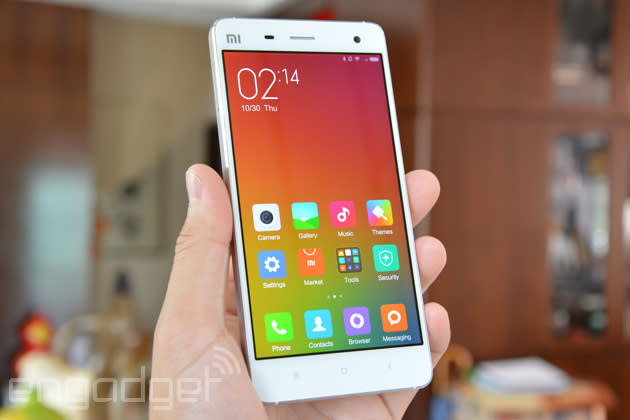 Reports on the meteoric rise of smartphones are beginning to sound like broken records, but there aren't any signs of that growth stopping anytime soon. Case in point: Gartner's latest stats show that smartphones sales jumped 20 percent to reach 301 million units in the third quarter. And yes, that jump came at the expense of feature phones sales, which fell by 25 percent. No surprises there, but the smartphone growth did lead to some intriguing movement among the top five smartphone vendors. Xiaomi joined the prestigious group for the first time, kicking out LG in the process. Samsung is still king of the hill, but its smartphone sales fell another eight percentage points in the quarter, leaving it with just 24.4 percent of the market.

While all of those numbers might seem yawn-inducing at first, they're crucial to understanding what all of these companies are up to. Samsung has been riding high on the success of its Galaxy S line for a few years, but the landscape is clearly changing. Companies like Huawei and Xiaomi are building phones that are just as fast (and often more stylish), all the while being significantly cheaper than what Samsung's putting out. And now Apple (whose sales jumped 0.7 points last quarter) is competing directly with Samsung in the phablet realm, one of the Korean giant's few original mobile innovations. It's no wonder Samsung's head mobile exec and co-CEO JK Shin took a huge paycut in the past few months. Samsung's being attacked on all sides, and it's not clear what the company is going to do to fight back.

In this article: Apple, Gartner, LG, mobilepostcross, samsung, Xiaomi
All products recommended by Engadget are selected by our editorial team, independent of our parent company. Some of our stories include affiliate links. If you buy something through one of these links, we may earn an affiliate commission.