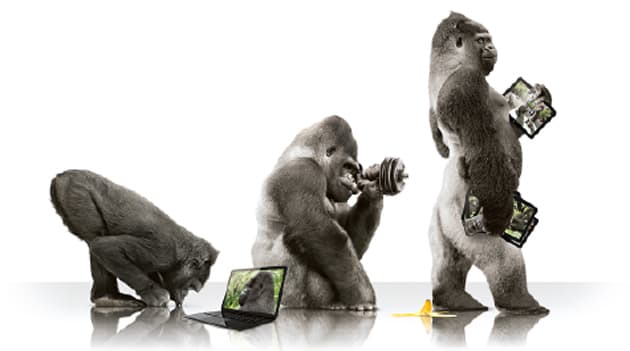 Every properly raised gorilla knows it's not enough to be tough; you also have to be hygienic. Which is surely why Corning has developed an antimicrobial form of its Gorilla Glass that inhibits the growth of algae, mold, mildew, fungi, bacteria and other nasties that might want to take root on a heavily used touchscreen. The glass contains an ionic silver coating that's similar to what's found on other germ-killing surfaces. Except that here it's meant to be "intrinsic" to the material and is therefore claimed to function for the lifetime of a device, whether it's a phone, tablet, PC or even a piece of medical equipment -- although Corning stops short of making any health-related promises. The company also avoids saying whether any antimicrobial gadgets will appear in the near future, because a good gorilla always under-promises and over-delivers.

Source: Corning
In this article: antibacterial, antimicrobial, ces2014, corning, gorillaglass
All products recommended by Engadget are selected by our editorial team, independent of our parent company. Some of our stories include affiliate links. If you buy something through one of these links, we may earn an affiliate commission.