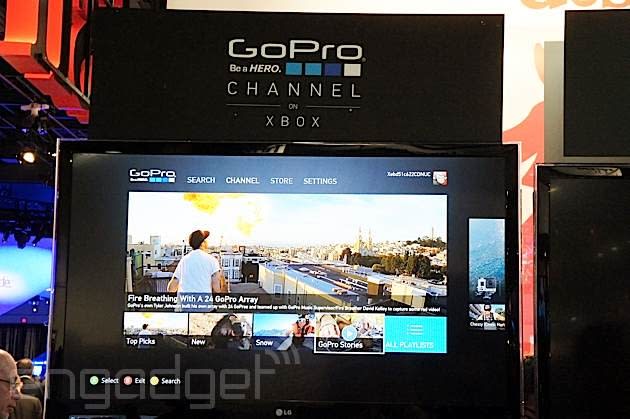 GoPro is about to unleash its unique brand of action sport videos on Xbox Live for both the Xbox One and 360. We asked GoPro if it had further details on when the channels would be available, but apparently that date hasn't been confirmed yet. All we do know is that the channel will come to 360 first, before making the hop over to its younger brother. If you fly Virgin America, you can actually get the channel right now, but that's perhaps a little less convenient than shouting "Xbox on" when you need an instant adrenaline fix.

Missed our CES stage interview with GoPro creative director Brad Schmidt? You can catch it in full here.

In this article: gopro, hdpostcross, xbox 360, xbox live, xbox one
All products recommended by Engadget are selected by our editorial team, independent of our parent company. Some of our stories include affiliate links. If you buy something through one of these links, we may earn an affiliate commission.