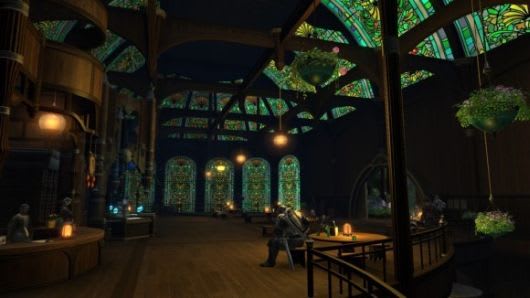 Final Fantasy XIV is going global! Wait, that's not right; it's already global. It's been global. But it's going more global with the addition of a Chinese version. Talks about bringing the game to China took place around the time of its initial launch, but with the relaunch in full swing, it looks like the long wait is almost over.

Shanda Games has updated its official site for the game with more information regarding the first beta testing phase as well as upcoming events that will allow potential players to win a testing key. What the actual business model will be for the game's Chinese client remains to be seen, although based on most other localizations for the Chinese market, a free-to-play model of some sort seems likely.

Source: Source: MMOCulture
Coverage: More: Official Site
In this article: beta, betas, china, chinese-testing, console, consoles, culture, fantasy, ff, ff14, ffxiv, final-fantasy, final-fantasy-14, final-fantasy-xiv, localization, news, news-items, shanda, shanda-games, square, square-enix, testing
All products recommended by Engadget are selected by our editorial team, independent of our parent company. Some of our stories include affiliate links. If you buy something through one of these links, we may earn an affiliate commission.