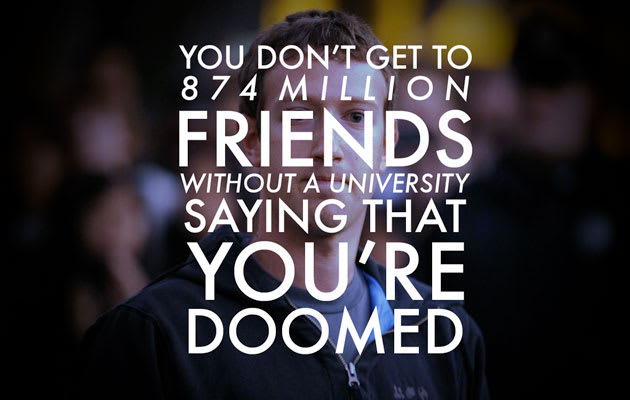 In the tech industry, barely a week goes by without one entity saying that another one is doomed. Mostly, however, we just ignore them, but when Princeton claimed that Facebook would collapse in 2017, the social network decided to get its own back. With tongue placed firmly in cheek, data scientists Mike Develin, Lada Adamic and Sean Taylor copied Princeton's slightly suspect method to discover that the university would effectively run out of students by 2021. Then the team went one step further, analyzing Google trends and Facebook likes to learn that, if social engagement stats are to be believed, the planet will run out of air at some point in 2060. If you like it when major corporations go all reductio ad absurdum on their rivals, then head down to the source link and enjoy this timely reminder that not all scientific studies are created equal.

Source: Facebook, Original study (PDF)
In this article: facebook, Lada Adamic, Mike Develin, Princeton, Sean Taylor, University
All products recommended by Engadget are selected by our editorial team, independent of our parent company. Some of our stories include affiliate links. If you buy something through one of these links, we may earn an affiliate commission.