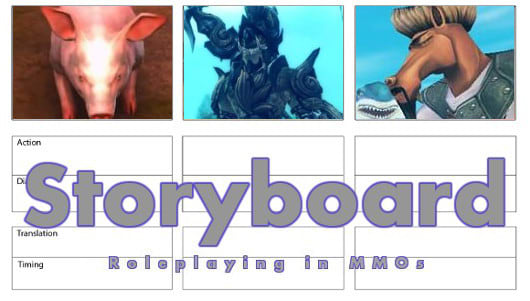 So you know it's time to say goodbye. Your previous group of roleplaying companions just isn't filling that need you have for roleplaying, and that means it's time for you to pick up shop and move on. Great. Your metaphorical bags are packed, you're ready to pick up shop, and all that remains it to figure out where you're going to go.

Right. That part. Where are you going to go?

When you've been with one group of players for a while, it's tempting to see the game in pretty narrow terms because the focus narrows. The game is less about the whole server and more about the people whom you spend your time with in the game, naturally. But when you take away the group that you've been immersed in for so long, you're back to looking at an overall environment you hadn't considered. So here are some tips to make leaving as painless as possible.

Friends in all the right places

If you've been on a roleplaying server long enough, odds are good that all of your friends and acquaintances are not stuffed into a single guild-shaped basket. Yes, the people that you tend to roleplay with most frequently are probably all in the same place as you, but you probably know at least a few people who are part of different groups.

These are people to reach out to when you're looking for a new group because they likely know people you don't and can introduce you to potential roleplaying partners you otherwise wouldn't have met. Ideally, this is a rotating process, with new people entering what I like to think of as your personal sphere of roleplaying on a regular basis, but sometimes you are deep in a group and the situation changes more suddenly than you expected.

My point here is that this is the perfect time to start expanding into the periphery of your previous space. As a bonus, this might allow you to really explore aspects of your character that you've never considered before and places where you simply couldn't go with your previous group of companions.

But let's say most of your friends really were part of the same group. In that case, it's still endlessly possible for you to start picking up some new companions. There are basically always guilds recruiting, people looking for roleplaying, and so forth. Sometimes it takes a bit more digging to find these people, depending on the state of the game, but I am willing to bet that there is always another person out there who roleplays. This is where roleplaying community sites can be very helpful. Failing that, check official message boards, and if you don't see anything there, start up a topic yourself.

If you're adrift, you start looking for a new place to anchor your boat. Nothing so unusual there.

It won't be the same

There's an old military adage that each side of a war uses the tactics that would have won the previous war. This isn't exclusive to wars, either. We enter into each relationship doing the things that we think would have salvaged the previous relationship. We start each new job behaving as if we were keeping our prior job. We cook dinners trying to make sure that this one won't turn into a burned mess.

Unfortunately, the last group is not necessarily the same as your current group. There may well be stories that you like exploring that just do not go over well with your new group or attitudes that really don't mesh with the other players.

This isn't limited just to obvious things like not being able to finish a plot you started with your previous group. You're accustomed to playing your character in a setting with a certain predictable structure, and now, that whole structure is different. While she may have been the deadpan snark of the previous group, that was a loose coalition of criminals and this is a military organization, meaning that she comes off less as "funny" and more "disrespectful and likely to get everyone killed."

Mercifully, it's easy to frame your personal transition in the context of your character's own transition from one group to another; consider it as a particularly method piece of roleplaying. But don't forget that your previous group offered you certain things that your new group may not. Changes are just that; you'll need to allow yourself some time and space to get used to new dynamics. 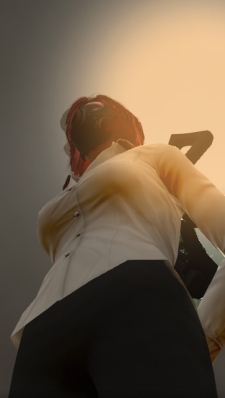 Don't be afraid to say no

The funny thing about changing your group is that it isn't always an upward move. Sometimes it's lateral. Sometimes it turns out that the first new group you wind up with isn't actually a good fit for you. And so you need to remember why you got into this situation in the first place: You left a group you were a part of because you deserve to be somewhere you actually want to be.

This is not an objective with a finish line.

I can't speak for everyone, but I know that I certainly have a long-standing problem wherein I assume that if a group allowed me in, I owe my loyalty. The fact of the matter is that when it comes to something as personal and fun-oriented as roleplaying, you don't owe anyone anything. You have the right to stop a storyline if it gets uncomfortable, you have the right to cut things short if real life intervenes, and you definitely have the right to say that things aren't working out with this new group.

Your goal is to wind up with a new group that fits you well, and that is a process. It can involve joining a group, leaving, and then joining another group shortly thereafter. That's definitely a better option than joining a new group that makes you miserable but sticking it out because you feel it's somehow an obligation.

Much as with with the rest of your life, you have to be willing to go to bat for your happiness because no one else is going to.

Feedback, as always, can be left in the comments below or mailed along to eliot@massively.com. Next week, I want to talk about secrets that aren't helping you out in the slightest; the week after that, let's talk about bringing people back from the dead.

In this article: advice, culture, featured, flavor, friends, group, groups, guilds, opinion, organizations, roleplay, roleplayers, roleplaying, rp, story, storyboard
All products recommended by Engadget are selected by our editorial team, independent of our parent company. Some of our stories include affiliate links. If you buy something through one of these links, we may earn an affiliate commission.