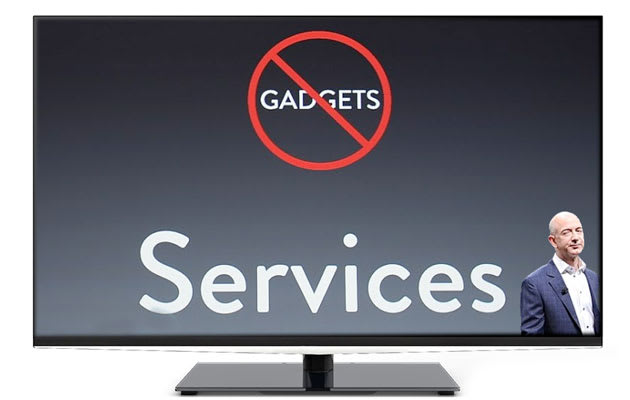 No matter how many times Amazon denies that it's developing a set-top box, the rumors continue to pop up once every six months or so. VG 24/7 is reporting that the company is still working on an Android games console that'll retail for "below $300." Based on gossip from game publishers, the latest indication is that Amazon's product team, Lab 126, has designed a grey oblong similar in size to the PSOne, designed to play both games and Instant Video / Lovefilm content to your HDTV. With rumors of a pay TV service and a future product that's "bigger than Kindle" currently swirling around, we can see how this looks plausible. That said, $300 seems an unlikely price for Amazon to target, when Apple TV and the Roku 3 are so much cheaper, and when other Android consoles are showing only lukewarm demand, so there's still plenty of room for skepticism.

Source: VG 24/7
In this article: amazon, Android, Games Console, Gaming, HD, hdpostcross, Ouya, Rumor, Set Top Box
All products recommended by Engadget are selected by our editorial team, independent of our parent company. Some of our stories include affiliate links. If you buy something through one of these links, we may earn an affiliate commission.