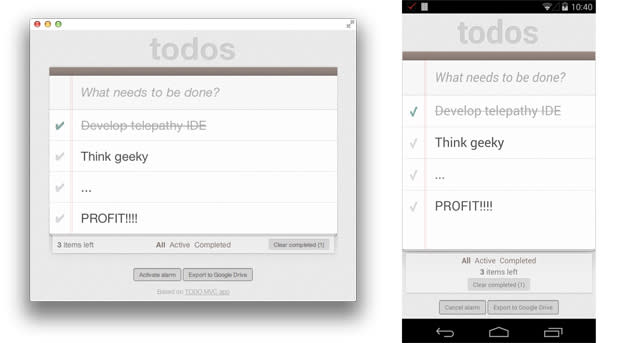 Last month, we discovered Google was working on a tool that would port Chrome apps to both Android and iOS. Today, the folks in Mountain View released a developer preview that does just that. Like the early rumblings suggested, it's based on open-source Apache Cordova, which leverages the software's native HTML, CSS and JavaScript. This means that the software will get wrapped in the stylings of a native app and can be submitted to each app store for distribution. There's also a slew of Chrome APIs available that you'd expect to see in mobile apps, including the ability to build in payments, notifications and alarms on top of those offered by the Cordova platform. Now that the tools are in the hands of devs, we'll have to bide our time until the finished Chrome apps begin to surface.

In this article: android, apps, chrome, chromeapps, google, iOS, mobilepostcross, software
All products recommended by Engadget are selected by our editorial team, independent of our parent company. Some of our stories include affiliate links. If you buy something through one of these links, we may earn an affiliate commission.