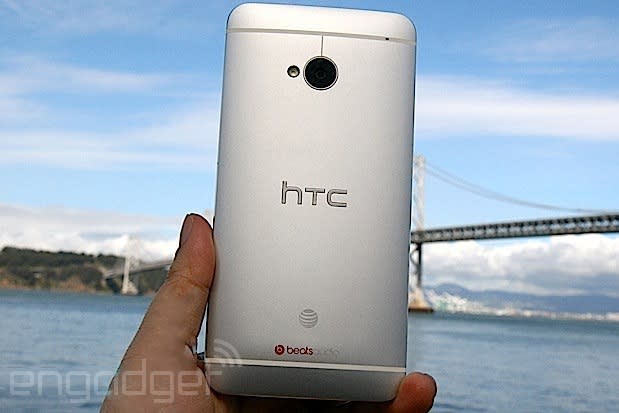 HTC pledged to put KitKat on One handsets in the US 90 days after the newest version of Android's release, but today, the company revealed that it's going to miss its target date. While things looked to be on schedule as late as last week -- when the company pushed the final software out to AT&T, Sprint, T-Mobile and Verizon -- it appears that certification process is taking longer than expected (HTC One owners outside the US may experience a more timely rollout, namely in the Nordics, Eastern Europe, Turkey, Ukraine, Middle East and North Africa regions). There is a silver lining to be found, however. The delay should only last a week or two according to HTC Americas President Jason Mackenzie, and, of course you can keep an eye on the firm's Software Update page. That way you One owners will know precisely when you're able to break off a bit of KitKat for yourselves.

Update: We should mention that the update's already rolling out to folks in Scandanavia, Eastern Europe, Turkey, Ukraine, Middle East and North Africa, with more to come.

In this article: android, android4.4, htc, kitkat, mobilepostcross, one, update
All products recommended by Engadget are selected by our editorial team, independent of our parent company. Some of our stories include affiliate links. If you buy something through one of these links, we may earn an affiliate commission.