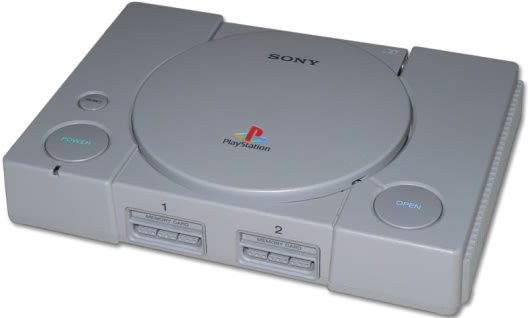 Although Kutaragi is arguably best-known for his role and nickname "Father of the PlayStation," his first contribution to gaming was the development of the SPC700, the sound chip used in Nintendo's Super NES console. Kutaragi left Sony in 2007, but continues to be active in the tech and entertainment fields as President and CEO of Cyber AI Entertainment Inc.

"The PlayStation has become a household name, representing some of the biggest and best gaming experiences of all time," said Meggan Scavio, General Manager of GDC events, in a press release. "Its success and longevity is a reflection of the insight, craft, technical prowess and hard work of the team led by Kutaragi-san, the father of the PlayStation."

"We're honored to have Kutaragi-san present at the event, and heartened to recognize a true visionary that helped bring about an unparalleled era of growth in the industry."
[Image: Macara via Wikimedia Commons]
Show full PR text
THE FATHER OF THE PLAYSTATION, KEN KUTARAGI, TO RECEIVE
LIFETIME ACHIEVEMENT AWARD AT THE 14TH ANNUAL GAME DEVELOPERS CHOICE AWARDS

SAN FRANCISCO – Jan. 28, 2014 – The 14th Annual Game Developers Choice Awards (GDCAs), the premier peer-based awards celebrating game development, will be honoring Ken Kutaragi, former CEO of Sony Computer Entertainment and the "Father of the PlayStation" with the Lifetime Achievement Award for his contributions to the world of gaming. The Game Developers Choice Awards ceremony takes place on Wednesday, March 19 at 6:30 pm at the Moscone Convention Center during the 2014 Game Developers Conference® (GDC) in San Francisco, and will be streamed online and open to all GDC passholders.

As a Sony engineer, Ken Kutaragi's first contribution to the world of videogames was the creation of the SPC700, the sound chip within Nintendo's Super NES console. After the success of the SPC700, Kutaragi began an ambitious project to create Sony's first videogame console, and by 1994, Sony's PlayStation console was released to the public. As the lead engineer of the PlayStation, Ken Kutaragi helped usher in an era of unprecedented growth in the world of videogames. With powerful hardware and the successful adoption of optical storage, the PlayStation became the first system to sell over 100 million units. Its successor, the PlayStation 2, went on to become the best-selling console system of all time with 155 million units sold.

"The PlayStation has become a household name, representing some of the biggest and best gaming experiences of all time. Its success and longevity is a reflection of the insight, craft, technical prowess and hard work of the team led by Kutaragi-san, the father of the PlayStation," said Meggan Scavio, General Manager of all GDC events. "We're honored to have Kutaragi-san present at the event, and heartened to recognize a true visionary that helped bring about an unparalleled era of growth in the industry."

The Game Developers Choice and IGF Awards are also excited to reveal the hosts for this year's award ceremonies. Hosting the Choice Awards for the first time is Abbie Heppe, longtime game journalist and current Community Manager for Respawn Entertainment (Titanfall). In addition, Capybara Games president and co-founder Nathan Vella (Superbrothers: Sword & Sworcery EP, Super TIME Force, Below) is serving as the host of the Independent Games Festival Awards.

Choice Awards MC Abbie Heppe is the Community Manager at Respawn Entertainment and the voice of Sarah in Titanfall. With a background in print journalism and public access television, she began working in games in 2006 as an editor at Tips & Tricks magazine and was the Senior Games Content Producer for G4, co-host of the "Feedback" podcast with Adam Sessler and a reviewer for X-Play and G4tv.com. Respawn is an independent video game developer and the creator of much-awaited first-person action game Titanfall.

IGF Awards helmer Nathan Vella is the co-founder and president of Toronto-based independent studio Capy (short for Capybara Games), the developer best known for their work on Critter Crunch, Superbrothers: Sword & Sworcery EP and the upcoming games Super TIME Force and Below. Nathan is also a partner in Indie Fund, whose goal is to help indie developers gain financial independence.

The show will be held immediately following the Independent Games Festival awards, and for the fourth consecutive year, those not attending GDC can watch both sets of awards show live online via GameSpot.com, the official streaming media partner to the award ceremonies.

For more information about the 14th Annual Game Developers Choice Awards, please visit the official website at http://www.gamechoiceawards.com. For information about the 2014 Game Developers Conference, please visit the official website at http://www.gdconf.com.
In this article: gdc, ken-kutaragi, lifetime-achievement-award, playstation, sony, Sony-Computer-Entertainment
All products recommended by Engadget are selected by our editorial team, independent of our parent company. Some of our stories include affiliate links. If you buy something through one of these links, we may earn an affiliate commission.