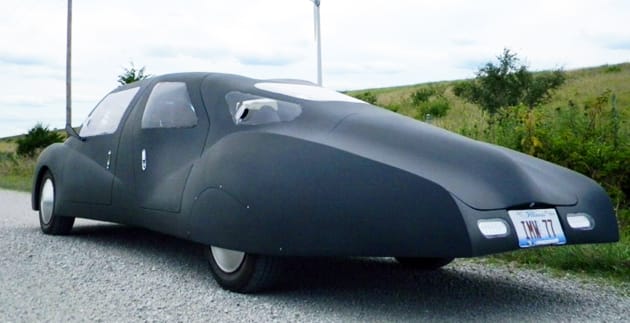 Wouldn't it be great if you could just snap your fingers and a pizza would appear? It might not be too far off: NASA recently funded a plan to build a 3D food printer for astronauts, and a new video shows the prototype in action. In other 3D printing news, Stratasys just unveiled the world's first multi-color, multi-material 3D printer. And in San Francisco, a race car part company recently produced the world's first carbon fiber 3D printer, which can print parts that are 20 times stiffer than plastic. On the wearable tech front, Google Glass is getting a big-time face-lift with prescription lenses and stylish frames. And the design firm Lemur Studio unveiled plans for a life-saving boot insert that can detect land mines from a distance of 6.5 feet. In other innovation news, the Swedish design studio Tomorrow Machine has developed a new coating that makes food simply roll off your plates and bowls, making cleaning the dishes a breeze. And in order to reduce weight and cargo on future missions, NASA plans to make oxygen on Mars and water on the moon.

Imagine if you could drive from New York City to Los Angeles without paying a penny for fuel. If you own a Tesla, that dream is now a reality. The electric car company just completed a network of "supercharging" stations that extend from coast to coast, and best of all, they're free! In other transportation news, Representative Henry Cuellar has proposed building a high-speed rail line that would connect San Antonio with Monterrey, Mexico. Meanwhile, in a barn in central Illinois, a team of self-funded volunteers has built a Batmobile-esque electric car from scratch -- and it has an EPA mileage rating of 207 MPGe. In Tanzania, an innovative company called GalimotoCar is creating functional cars from trash and recycled materials. And a team of students at Jiangnan University School of Design drew up a proposal for futuristic self-navigating cars that could operate on a maglev railway.

In green energy news, Scotland -- already a world leader in offshore wind energy -- will soon be home to the world's first self-sufficient island. Eigg is a roughly 10-square-mile island that currently gets about 90 percent of its energy from renewable sources, making it one of the greenest islands in the world. Meanwhile, California is suffering through its worst drought in decades, and one startup company is proposing to address the problem with a new solar-powered desalination system. New research suggests that water evaporation could be the largest power source in nature, and it could be harnessed using humidity-powered generators. And a team of scientists in India has developed a technique for transforming discarded plastic bags into usable fuel.

"Climate change is a fact," said President Barack Obama in his State of the Union address last week. Indeed it is, and for the fringe naysayers, NASA put together a disturbing new visualization that shows 60 years of climate change in 15 seconds. We hear a lot of news reports about the terrible air quality in Chinese cities, but it turns out that the Indian capital of New Delhi is even worse. The truth is that the worst day in Beijing is really just an average day in New Delhi. In other news, scientists at McGill University have created a new type of super-strong glass that is inspired by mollusk shells. For parents who want to get their kids hooked on science at an early age, we recommend picking up a set of periodic table building blocks that covers 118 elements of the periodic table in bright, candy colors. And the website Chairish recently launched a new app that makes finding and selling vintage furniture easier than ever.

In this article: eco, eco friendly, environment, green, inhabitat, science
All products recommended by Engadget are selected by our editorial team, independent of our parent company. Some of our stories include affiliate links. If you buy something through one of these links, we may earn an affiliate commission.