Animation software used by Studio Ghibli will soon be free 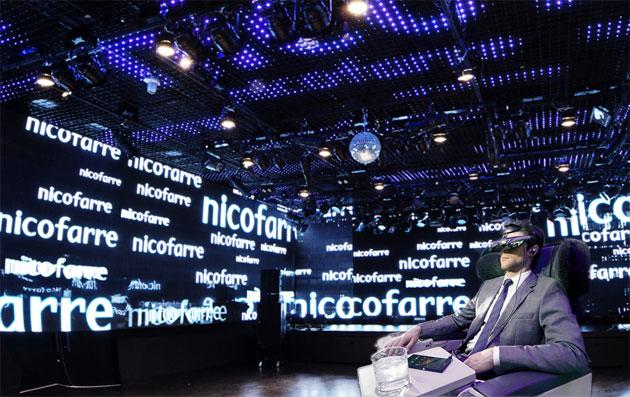 All the fun of a live event, minus the spilled beer and bank-breaking ticket prices. That's what this team-up, from Japanese telecoms giant NTT and the company behind video network NicoNico Douga, is about. They have co-developed a 360-degree broadcast video system that aims to replicate live concerts and more. The system will let viewers choose where to look, as it'll connect to existing head-mounted displays (HMDs) allowing a certain degree of personalized viewing, although both sides are pushing to call it interactive -- you might remember Next3D's slightly similar plans to deliver immersive video through the Oculus Rift. Through the collaboration between NicoNico owners Dwango and NTT, the live video content (recorded at an existing event space in the middle of Tokyo), has been developed alongside broadcast technology aimed at "optimizing both video and audio quality."

Users can move their HMD around to shift their view, and the cloud processes and machinations aim to maximize stream quality for where (and on what) you're viewing, "as if you're really there." The system will aim to strike a balance between broadcasting both a stable stream and a high-quality one, with mobile users staying connected, while PC users on less dense networks get a better stream. The entire service is now being put through stress testing. Both companies are looking to see how effective the new service is before developing it further, although a collaborative Hatsune Miku concert is now probably inevitable.

In this article: dwango, hdpostcross, HeadMountedDisplay, HMD, japan, live, niconicodouga, ntt
All products recommended by Engadget are selected by our editorial team, independent of our parent company. Some of our stories include affiliate links. If you buy something through one of these links, we may earn an affiliate commission.