State-sponsored hackers are attacking news outlets on a massive scale 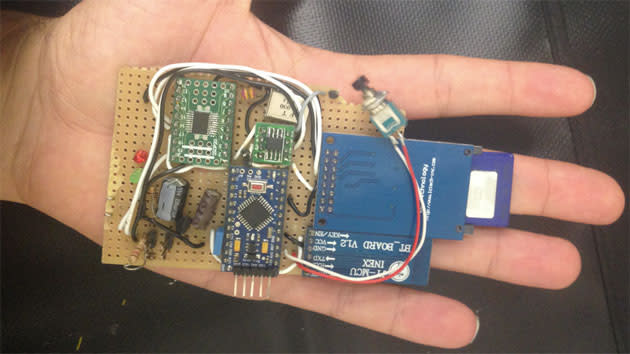 You probably don't spend much time thinking about the computer in your car, but a pair of Spanish security researchers sure does. In preparation for next month's Black Hat Asia security conference in Singapore, Javier Vazquez-Vidal and Alberto Garcia Illera have assembled a small electronic device that can leave a vehicle's computer system open to attack. "It can take five minutes or less to hook up and then walk away," Vidal says. It can also be built from off-the-shelf components for less than $20.

What the gizmo can actually do depends on the car. The team says that they've wired the CAN Hacking Tool (named for the Controller Area Network bus it exploits) into four vehicles, and have used it to wirelessly manipulate lights, set off alarms, control power windows and even activate the vehicle's brakes. By the time the conference starts, they hope to outfit the prototype with a GSM radio, making it possible to control a vehicle's systems from virtually anywhere. Still, Vidal says they don't want to aid any nefarious activities, so the hacking tool's source code is going to remain private for now -- but they do hope their demonstration at Black Hat Asia will get the attention of automakers. "A car is a mini network," Illera said. "And right now there's no security implemented.

In this article: black hat asia, CAN tool, CHT, hacking, vehicles
All products recommended by Engadget are selected by our editorial team, independent of our parent company. Some of our stories include affiliate links. If you buy something through one of these links, we may earn an affiliate commission.