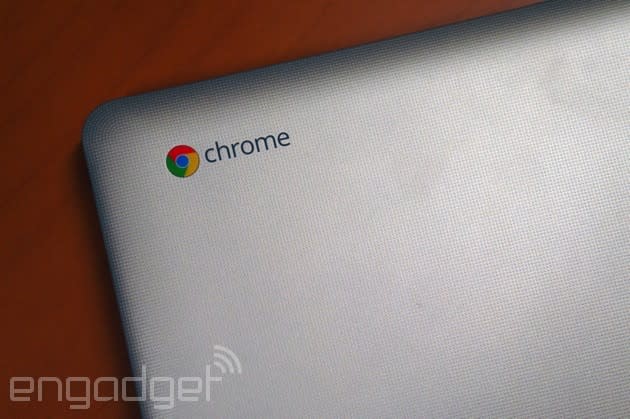 So, your bosses have replaced most of the office computers with Chromebooks, but you need those old Windows apps to keep you sane. If the IT folks aren't on top of it already, you may want to tell them about a remote access solution developed by Google and VMware called Horizon Desktop as a Service (DaaS). According to VMware (known for its Fusion desktop clients), DaaS gives you secure access to all your Windows apps and data by storing sensitive info on remote servers instead of devices carried around by forgetful employees. The product's only available as a subscription-based offering right now, but folks at home who can't live without their trusty Windows applications may want to hold off protesting -- it's also slated to hit the Chrome App Store sometime soon.

In this article: chromebook, chromebooks, chromeos, google, RemoteAccess, vmware, windows
All products recommended by Engadget are selected by our editorial team, independent of our parent company. Some of our stories include affiliate links. If you buy something through one of these links, we may earn an affiliate commission.