Charter will integrate Hulu and Disney+ into its set-top boxes 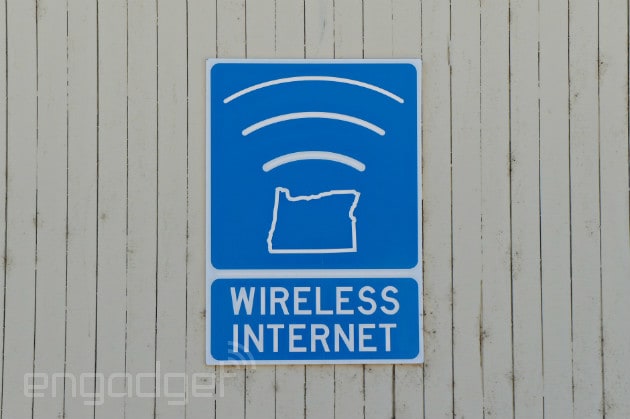 Time Warner, Comcast, Charter, Google, Microsoft and Motorola aren't the most likely of allies, but it appears they'll be teaming up to form the new WifiForward coalition. According to the Wall Street Journal, the group will be pushing to expand WiFi access, primarily by lobbying the government to free up more spectrum for unlicensed uses. Each of the companies has been pushing for such measures independently, but by joining forces they're hoping to have more success. Increasing the available airwave space for WiFi transmissions will become increasingly important as the number of smartphones and overall data consumption in the US grows. Cisco Systems says that the average American consumed 1.4GB of data per month in 2013 and 57 percent of that was over WiFi. By 2018, that number could grow to 9GB per month.

Notably absent from the list of companies are the mobile carriers. AT&T and Verizon in particular have invested heavily in building robust LTE networks. The less traffic traveling over those wireless frequencies, the less money the companies are generating -- and the percentage of mobile data sent over WiFi is only increasing. Google has invested heavily in WiFi across the country, and the major cable providers have joined forces to share their roughly 250,000 hotspots. Now these big players need to figure out how to take the next step.

Source: Wall Street Journal
In this article: charter, comcast, google, lobbying, microsoft, time warner, time warner cable, wifi, wififorward
All products recommended by Engadget are selected by our editorial team, independent of our parent company. Some of our stories include affiliate links. If you buy something through one of these links, we may earn an affiliate commission.