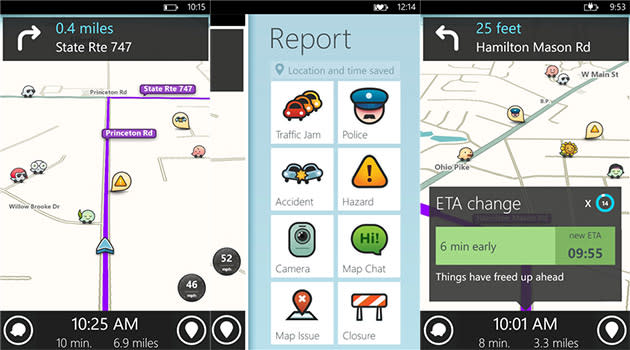 Windows Phone 8 fans got a pleasant surprise when social GPS app Waze arrived on the Marketplace after Google snapped it up. That's why it's such a shame that it caused massive battery drain issues for some users. After months of people airing grievances on various forums, the service has finally unleashed a new version that promises improved battery life along with the usual bug fixes. Unfortunately, the WP8 app stills lags behind its iOS and Android brethren, lacking Facebook and calendar integration, among other features. If you're cool with what the app can do and could use the battery fix, though, head on over to the Windows Phone Marketplace.

In this article: app, mobilepostcross, navigation, Turn-by-Turn, Waze, WindowsPhone8
All products recommended by Engadget are selected by our editorial team, independent of our parent company. Some of our stories include affiliate links. If you buy something through one of these links, we may earn an affiliate commission.