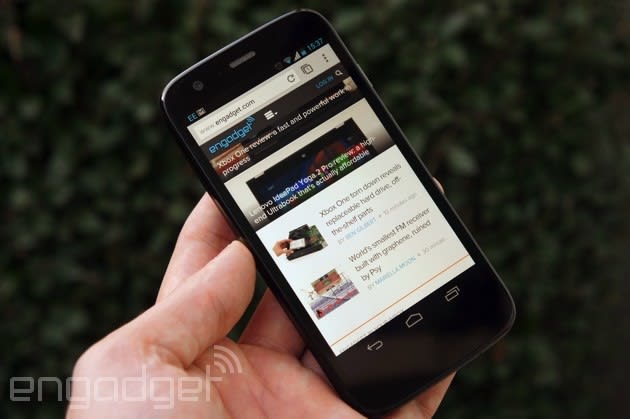 It's no secret that mobile devices outsell PCs these days. However, we now know that they're taking up more of our free time, too. A new Nielsen study finds that Americans, Brits and Italians spend more hours using their smartphones in a given month than they do surfing the web from computers. The gap is particularly wide in Italy, where locals spend 37 hours per month on their phones versus a mere 18 hours browsing from their PCs. Not surprisingly, social networking is the biggest lure -- users spend roughly a quarter of their phone time using Facebook, Twitter and other social apps. While it's doubtful that every country will be quite so eager to ditch the desktop, it's clear that companies will have to focus more of their efforts on mobile if they really want our attention. 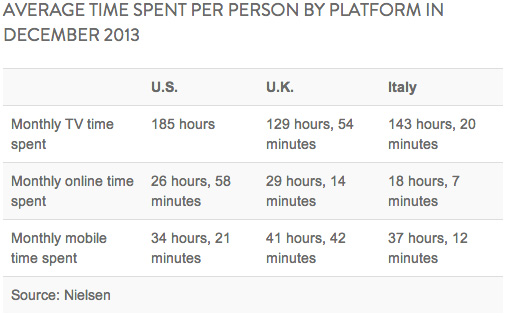 Source: Nielsen
In this article: cellphone, internet, mobilepostcross, mwc2014, nielsen, smartphone, socialnetworking
All products recommended by Engadget are selected by our editorial team, independent of our parent company. Some of our stories include affiliate links. If you buy something through one of these links, we may earn an affiliate commission.