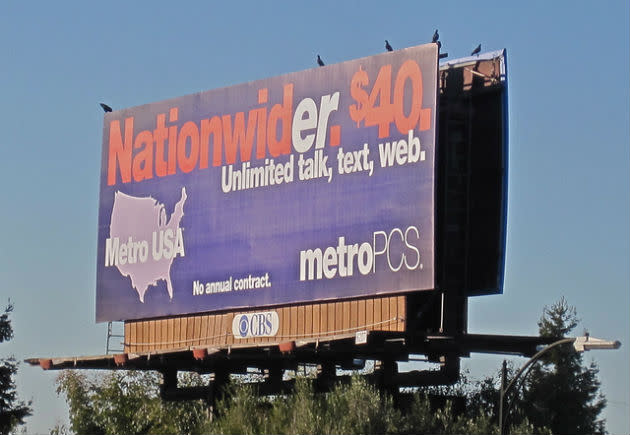 T-Mobile's efforts to transition customers from MetroPCS' aging CDMA network to its own GSM and LTE frequencies is going quite swimmingly. The company has been bragging that it's well ahead of schedule, and in some markets it's already begun repurposing the smaller carrier's spectrum to deliver faster Wideband LTE connections. Things are going so well, in fact, that it will begin shutting down the slower MetroPCS network this year, instead of waiting until 2015. The first three cities on the chopping block will be Boston, Philadelphia and Las Vegas. Though, considering its accelerated transition we wouldn't be surprised to see others join the list before the end of the year. Around 40 percent of MetroPCS users have already switched to phones that will work on T-Mobile's network, and the carrier plans to offer more aggressive upgrade options to push more customers over. Those that have yet to upgrade won't suffer a complete disruption of service, however, thanks to roaming agreements. The next step, of course, will be "refarming" that newly cleared spectrum to deliver even faster wireless speeds.

In this article: boston, las vegas, lte, metropcs, mobilepostcross, philadelphia, t-mobile, transition
All products recommended by Engadget are selected by our editorial team, independent of our parent company. Some of our stories include affiliate links. If you buy something through one of these links, we may earn an affiliate commission.