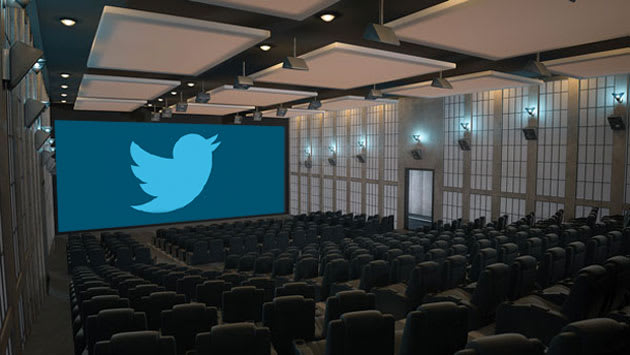 Silence is golden, reads your local theater's pre-film PSA: please turn off your mobile device. It's a courtesy to other moviegoers, of course, but a deal between Twitter and theater advertising firm National CineMedia could tweak this gold standard. According to Variety, the pair are working on a one-minute weekly pre-roll show that culls movie-focused content from Twitter and Vine, featuring a stream of hashtagged tweets from viewers. The initiative is set to launch this summer, giving viewers what NCM reps are calling "an original look inside the world of movies." It's no marquee billing, but if you're dying to put yourself up on the silver screen, you'll soon have an official, easy route. Seriously though, turn your phone off. The movie's starting.

Source: Variety
In this article: mobilepostcross, movie, movies, National CineMedia, theaters, twitter, vine
All products recommended by Engadget are selected by our editorial team, independent of our parent company. Some of our stories include affiliate links. If you buy something through one of these links, we may earn an affiliate commission.