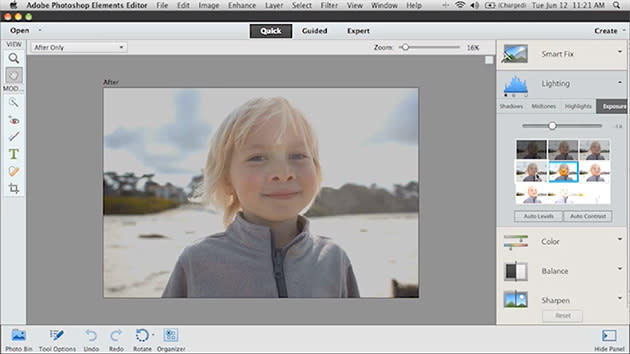 Microsoft, Apple, Sprint and Verizon have already shelled out millions to help the president bring high-speed broadband to schools and amp up the role technology plays in education. Now Adobe's on the bandwagon too, and it's bringing along gobs of software and educational resources for kids and teachers. Students at some 15,000 US schools get access to Photoshop Elements and Premiere Elements, while the staff gets tools from Adobe's Education Exchange, electronic signature software and presentation tech for distance learning. The company's total commitment weighs in at over $300 million, but it's not hard to see what it gets out of the deal. Looking past the potential for a hefty tax writeoff, the company said its plans are in line with the Common Core State Standards Initiative's emphasis on media production and criticism. In other words, Adobe wants to help foster creative skills in youngsters. Getting a new generation of media-savvy kids interested in its production tools is just icing on the cake.

In this article: adobe, connectedinitiative, education, obama, photoshop, premiere, school
All products recommended by Engadget are selected by our editorial team, independent of our parent company. Some of our stories include affiliate links. If you buy something through one of these links, we may earn an affiliate commission.