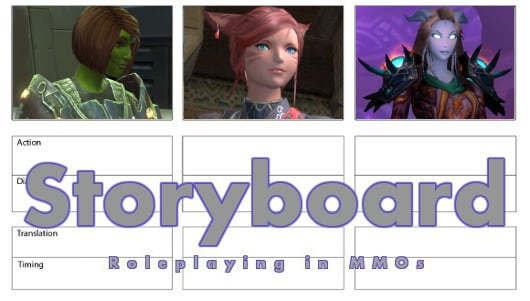 Roleplaying is one of those things that you know a lot about if you've done it and very little about if you haven't. That's fine; it's not as if you need to know the fine details of PvP balance if you never PvP. But there are tons of gaping holes in people's conception of what roleplaying actually entails.

So what do these people use to fill in the blanks? The horror stories. The nonsense. The garbage. A bunch of things that have no real resemblance to this important portion of our hobby.

All you can do to fight ignorance, of course, is provide information. So let's go ahead and look at some of the most common misconceptions I've seen about roleplaying and what the reality is behind the misconceptions. If you already know this, feel free to just pass this around to your non-roleplaying friends and family. Or just nod vigorously all the way through.

1. Roleplayers don't know how to play the game or don't want to

During my most active times playing World of Warcraft, I was the top DPS in my guild while my wife was the most reliable tank. Right now in Final Fantasy XIV, I have Scholar, Paladin, and Dragoon all kitted out to do pretty much anything without breaking a sweat, and I'm three-quarters of the way to having everything in the game maxed. I'm not the best player in the world, and I step away from high-end progression, but that's because I don't find it fun, not because I'm incapable of doing it.

There are a lot of roleplayers who do find that fun. I am not even close to being the best player who is also a roleplayer. Endgame progression and roleplaying go together just fine, and there is no shortage of roleplaying guilds that also place an emphasis on getting high-end raiding or PvP or whatever done right.

I'm not saying that every roleplayer is secretly an amazing player; there's an overlap between "roleplayer" and "crap" just as there's an overlay with every other player group and "crap." That isn't the point. But a whole lot of the roleplayers I know don't choose between developing intricate backstories and being good at the game; they do both at the same time and rock it. This means they often end up being more invested in the game than someone who's just good at the mechanical side.

I'm pretty sure this is a relic from Ultima Online that no one ever bothered to update. Heck, I'm pretty sure it wasn't a universal truism there, either, but I wasn't there and have only speculation. But it's never been true in pretty much any game I've played. Like, at all.

You want to know how most roleplaying characters talk? The same way that most of the NPCs in the game talk. The most off-putting thing in games like Final Fantasy XIV is using unusual turns of phrase like "anyroad," not pronouns and modes of address that were archaic a long time ago and were probably never in common use. Most conversations take place in fairly normal conversational English; it's far more likely that odd word choices are just character traits.

Roleplaying has a lot to do with being wrapped up in the setting, and that means mirroring the way the setting works. That extends to how people talk, as well. It's not an effort to reproduce some ideal Medieval time period, and that includes using words that haven't been used in quest dialogue or cutscenes since about as long as there have been quests or cutscenes. 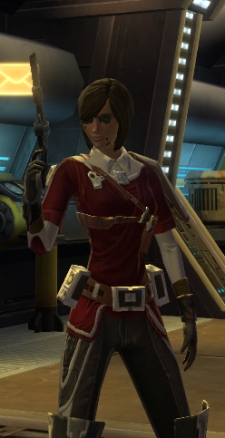 Am I going to say that ERP doesn't exist? Heck no. It exists all over the place. There's a reason Second Life continues to make money, and at the risk of inflicting the innocent with horrible disillusionment, I'll admit that reason is not the infinite possibility of an open environment. That is definitely a side of roleplaying that exists.

Of course, it usually exists for the same reason it exists in prime-time dramas.

There are people who assume that all RP is ERP in which fantasy characters bang at the drop of a hat. More often, if someone is invested in that, it's more about the culmination of an emotional arc between characters or part of larger character development. That's assuming that the whole thing actually ends with something other than a chaste fade to black and an accepted behind-the-scenes discussion about what took place.

In other words, that prime-time drama comparison wasn't for nothing. Most of the time, you're not going to see anything more explicit than you'd see on a network at 9 p.m.

4. Roleplayers are constantly ignoring the lore in favor of their vampire-werewolf princesses

There's a kernel of truth here. Yes, roleplayers will frequently go beyond established lore. The difference is that more often than not, it's about filling in blanks rather than trying to run roughshod over what's already written down.

Yes, you'll have the occasional person who would rather play a character who's so actively lore-breaking that it hurts to even think about. But far more frequently you'll find roleplayers inventing cultural tentpoles and practices and concepts that aren't extant in the game's lore because, well, the developers can't do everything. So you fill in the blanks.

The guy playing the vampire-werewolf princess? Most of the roleplaying community is somewhere between laughing at him and offering to gently steer him back in the direction of plausible characters. This is not something that is looked upon favorably or even generally accepted. They're most likely to slip through the cracks in organizations that intentionally cast a wide net, but that's what happens when you let anyone in. 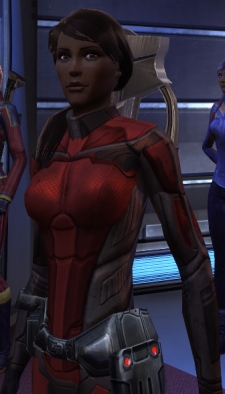 Roleplaying cliques are a real thing. There are groups of people that tend to roleplay together; we all know this to be a fact. I've even said as much on multiple occasions. But most people are really fairly open to roleplaying with anyone.

There are two things that tend to look an awful lot like being cliquish, though, which is where the impression starts. The first is that you see Lydia roleplaying with four or five people all the time but not so much with you. At a glance, it's easy to think that those are the people in her clique, but it might well have more to do with the fact that Lydia's character has a very tight involvement with those four or five characters. She's not ostracizing you; she's just developing her character with the established main cast that she already has.

But there's also the simple fact that roleplaying can involve pushing comfort zones, nudging at boundaries, and generally treading carefully around certain subjects. So roleplayers are going to stick with the people who have proven, time and again, that they can roleplay well and do so without taking character actions as personal actions and so forth. People will keep you at arm's length until they see that you're on the level, just out of caution. It's not cliquishness; it's just a basic level of patrolling your own emotional borders.

As a related aside: If your reaction to a bit of caution is throwing a tantrum, you are justifying that caution.

6. You can make roleplayers flip just by breaking immersion

Out of all of these assumptions, this one is probably the most tiresome because it seems to inspire activity. I've seen so many people jump up when they see roleplaying going on and start doing something deliberately incongruous, apparently in some desperate hope of provoking a reaction from roleplayers and damage our precious immersion or something.

Here's what we do: We ignore you. At most we'll ask you politely to leave, and we'll toss you on the blacklist.

No one gets mad about this sort of behavior because oh no, you ruined my immersion. We get mad about it for the same reason that you get mad at the guy who intentionally wipes the raid seven or eight times or the guy who's intentionally losing a PvP match for your team. It's anger because playing the game just to deprive others of enjoyment is thoroughly unnecessary and rude. Make no mistake; if you're doing this, you are the child who pees in the sandbox just so no one gets to enjoy it.

So if none of these things is true about roleplaying, what is true?

Come on, people. I've spent nearly two hundred columns answering that question. If you want to know, you need only look.

As you probably guessed from the other bits floating around the site over the past week, this will be the final Storyboard column for the foreseeable future. I've had a wonderful time writing the column over the past several years. I can only hope that some of the columns have helped improve your roleplaying over the years, or at least made you smile once or twice while you read them.

I'll still be around on the site, still writing, still discussing things. Feedback, as always, is welcome in the comments below or via mail to eliot@massively.com. And while I haven't taken the name, I might be starting some other projects that you wonderful folks might enjoy in the future.

In this article: clarification, culture, details, featured, fine-details, list, lists, misconceptions, opinion, roleplay, roleplayers, roleplaying, rp, story, storyboard
All products recommended by Engadget are selected by our editorial team, independent of our parent company. Some of our stories include affiliate links. If you buy something through one of these links, we may earn an affiliate commission.