Sure, Sharknado and Sharktopus are fun to watch with friends on a weekend, but they also prove that sharks still get a bad rap. Clearly, what we've learned about the animal's behavior since Jaws came out isn't nearly enough, so a group of researchers are attempting to find out more... by strapping a bunch of gadgets to a bunch of sharks. Think of these things as a combination of a GoPro and a sportsband -- they're equipped with sensors and cameras that monitor and video a shark's adventures.

Thanks to the researchers' efforts, they were able to disprove a couple of misconceptions about how the animals move. Unlike what scientists previously thought, sharks power swim (rather than glide effortlessly) to traverse vast expanses of water, and deep sea species aren't lazy slowpokes compared to their shallow water brethren. The researchers (who hail from University of Hawaii and University of Tokyo) even got some sweet underwater footage that the subjects (unknowingly) took themselves embedded after the jump.

So, what's next for these shark-loving scientists, you ask? Well, now that they know what's going on around the sharks outside, the next step is inward -- they're planning an ingestible device. Hopefully, that can give us a better understanding of the predators' diet, so people will stop assuming that human limbs are a shark's favorite snack.

In this article: research, science, shark, universityofhawaii, universityoftokyo, video
All products recommended by Engadget are selected by our editorial team, independent of our parent company. Some of our stories include affiliate links. If you buy something through one of these links, we may earn an affiliate commission. 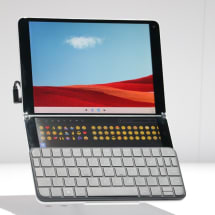