Tidal under criminal investigation in Norway over 'faked' streams 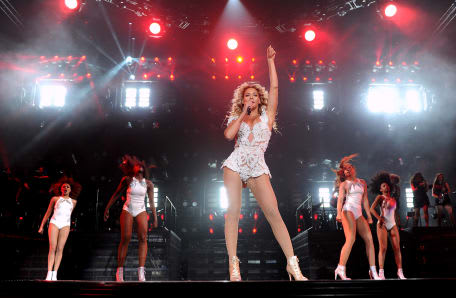 Released this past December, Beyonce's self-titled album was initially only available as a full album download via iTunes. While the notion of an iTunes exclusive isn't anything new, an entire album from an artist as iconic and relevant as Beyonce as an iTunes exclusive was unprecedented.

Beyonce's iTunes experiment paid off quite well. In just three days, the album netted 828,773 downloads, making it the fastest selling album in iTunes history. What's more, it also broke the first-week US iTunes album sales record while hitting the top spot on the charts in 104 countries.

Now comes word via Billboard that Apple is hoping to secure more such exclusives in the future.

Apple Inc.'s music chief Robert Kondrk has been pressuring major labels for releases similar to last year's Beyonce exclusive, excluding services like YouTube and Spotify to help shore up slowing download sales, according to music executives familiar with the conversations.

The tense talks with label executives during Grammy Week in Los Angeles in January were spurred by Beyonce's success in launching her self-titled album exclusively on iTunes in December for one week, during which the album was only sold in its entirety.

Now before passions get inflamed, keep in mind that this isn't about keeping albums off of streaming services like Spotify, but simply an effort to give album download sites like iTunes a bit of a head start. Billboard also writes that Apple isn't necessarily adamant that albums need to be exclusive to iTunes, only that they initially be made exclusive on music download sites. Recall that the Beyonce album was only exclusive on iTunes for 1 week.

As a Spotify-head myself, I don't think this is all that bad or even controversial. It's no secret that artists see more money from album sales than they do from streaming sites. So if I have to wait a week or so to stream a new album, thereby helping out artists in the process, then so be it.

Underlying Apple's push for exclusives is the fact that digital downloads are seemingly on the decline. Indeed, 2013 marked the first time that digital music sales experienced a decline since April of 2003 when the iTunes Music Store first opened up for business.

In this article: beyonce, beyonce knowles, music
All products recommended by Engadget are selected by our editorial team, independent of our parent company. Some of our stories include affiliate links. If you buy something through one of these links, we may earn an affiliate commission.