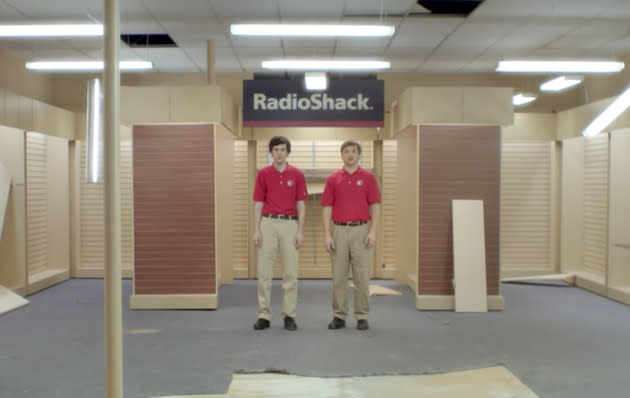 RadioShack's Super Bowl ad showing how cool and hip it is may've come a little too late, as the retailer has today announced its intention to close up to 1,100 "underperforming stores" across the US. The news was bundled in the company's 2013 financials, which tell a story of declining sales and continued losses. RadioShack's CEO blamed poor performance on "lower store traffic" and "intense promotional activity," among other things, but expressed faith in the retailer's changing brand identity to turn things around. On the upside, the fancy new "Concept Stores" are allegedly going strong, and around 4,000 locations on top of the thousand-odd facing closure will continue to operate as usual. Perhaps some of those underperforming stores should've been cleared out in the '80s, after all.

In this article: closure, financials, radioshack
All products recommended by Engadget are selected by our editorial team, independent of our parent company. Some of our stories include affiliate links. If you buy something through one of these links, we may earn an affiliate commission.