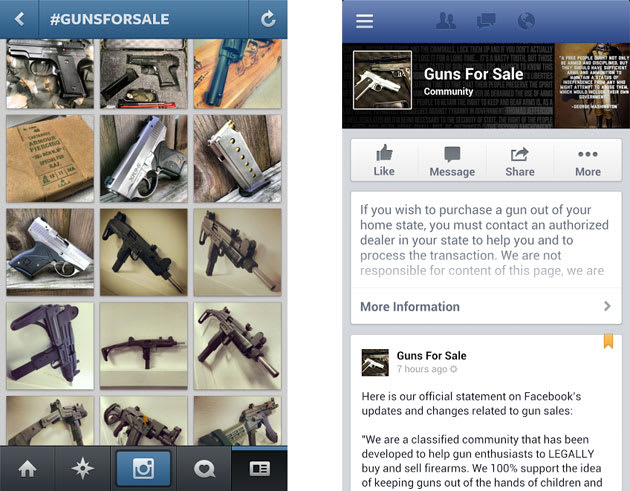 For most, Facebook's "Look Back" videos were a whimsical retrospective covering a decade of social networking. For Moms Demand Action, an advocacy group that supports gun control laws, the nostalgic campaign was a opportunity to be heard. The group published a parody Look Back video highlighting pages and posts that use the social network to set up gun sales between private parties, some of which violated Facebook's community standards. Now, Zuckerberg and Co. have responded, announcing a handful of new policies designed to help keep posts promoting the sale of regulated goods within the letter of the law.

It's a challenging situation, Facebook says -- the social network doesn't want to restrict its users' ability to communicate or express themselves on the service, but also recognizes that its communication platform can be abused. To this end, it's instituting a series of "educational and enforcement efforts for people discussing the private sale of regulated items." Specifically, Facebook will limit access to posts promoting the private sale of regulated items (read: firearms) to users over the age of 18. Folks posting this material will also receive a friendly reminder to keep their business legal. Pages and groups promoting the same activity will also be required to use language reminding folks that there are specific rules and regulations policing the sale of such goods, and likewise, these pages will also be blocked to users under 18. 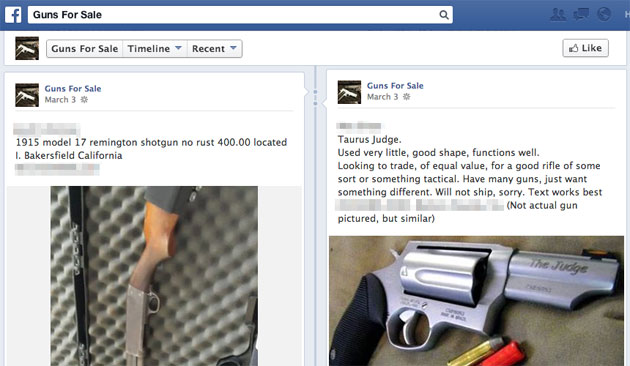 There will be a few rules about how users can promote their private sales as well, forbidding language that "indicates a willingness to evade or help others evade the law." This means posts offering to sell weapons across state lines without employing a licensed firearms dealer are strictly forbidden, as are posts advertising "no background check required." While the legal necessity of the latter stipulation actually varies from state to state, Facebook's umbrella policy is probably wise -- it's better to play it safe when allowing your users to trade in weaponry.

In addition to the new rules for posts, pages and groups, Facebook says that users searching for firearm sales or promotions on Instagram will be offered special in-app education, presumably reminding them to check their local laws to ensure their transactions are legitimate. Finally, the company pledges to actively remove violating content and notify law enforcement when things get too shady -- and naturally, the firm encourages its users to report anything that violates the new or existing policies. It's not the full firearm-promotion ban that some advocacy groups wanted, but Facebook says it feels that it's the "right approach in balancing people's desire to express themselves while promoting a safe, responsible community."

Via: VentureBeat
Source: Facebook
Coverage: VentureBeat, Wall Street Journal
In this article: facebook, firearm, firearms, guns, gunsales, instagram
All products recommended by Engadget are selected by our editorial team, independent of our parent company. Some of our stories include affiliate links. If you buy something through one of these links, we may earn an affiliate commission.