While others punish mistakes with a wagged finger, the Souls games punch you in the ribs, rob you of your clothes and scamper cackling into the darkness. Making progress only to have it snatched from you, dying over and over, and a world teeming with despair and hopelessness – these are the things that define From Software's action-RPGs. While they combine into a fine form of sadomasochism, it's far from a simple one. There's more to Demon's and Dark Souls than tough enemies and a bleak landscape, and it's these subtle but sturdy foundations that make overcoming the games so satisfying.

Dark Souls 2 underlines this, but not for all the right reasons. It tries harder than any Souls game before it to be inviting to new players while still appealing to veterans, and the end result is an adventure that's demanding, thrilling, and all-consuming, but always a shade short of special. The disappointment in Dark Souls 2 is relative, though, and there's enough here to satisfy players returning to die, if not truly satiate them.

Dark Souls 2 begins familiarly: You're a cursed, lowly Undead, with a world to explore from the beginnings of the hub-like Majula, where brick ruins cast shadows across amber plains and a shrine offers a lovely view of the sea. Remember though, this is a Souls game, so talk to Majula's residents and beauty quickly fades into despair (get used to that). The villagers and variety of misery-guts you meet in Dark Souls 2 yap on a bit, and not only is it easier to work out your goal than in Dark Souls, but if you listen enough you can paint a history of Drangleic, the game's dilapidated world. Returning players will appreciate the ties to what came before.

Dark Souls 2 maintains the mystery of exploring crumbling castles, haunted caverns, and waterlogged dungeons, and there's plenty of doom and gloom to unearth. There's also flair and color to some locations; one minute you're surrounded by luminous blue flowers that glow against a serene sea, the next you're staring at an iron fortress all but swallowed in red, from the fiery rifts in the sky to the very real heat of a lava moat. Also, there's nothing even resembling the frame-rate death-drop of the original Dark Souls' Blighttown, although the rate noticeably differs between online and offline play.

Gameplay too, is familiar. You're slowly dodging, blocking, and eventually killing enemies to acquire souls, essentially the game's currency, only to lose them all when you (inevitably) die. Upon death, you're sent back to the last bonfire you rested at – bonfires are like checkpoints – and you've just one chance to return to where you died and reclaim your souls. Fail to do that, and they're gone for good.

Once you start getting into the nitty-gritty, though, there's plenty that's noticeably different. The first sweeping difference you encounter in Drangleic is the fast-travel warp system; it was saved for just a selection of bonfires in Dark Souls, and only then once you'd passed the halfway point, but in the sequel it's available from the start, and for every single bonfire you discover. This, in tandem with the world's geography, gives Dark Souls 2 a different air than its predecessor. The paths that branch out from Majula barely intertwine, and all in all they feel much closer to the linear, staggered dungeons of Demon's Souls.

It's a combination that makes sense, fitting an approach that has you warp between dungeon paths to chip away at them bit by bit. You lose a more natural form of open-world exploration as a result – there was nothing like wandering down a side path to discover a whole new realm of madness in Dark Souls – but this way is certainly less time-consuming.

What makes less sense is marrying a more linear approach with a fear of leading players too far away from bonfires. In some areas there are shortcuts that lead you back to a bonfire, and the feeling of finding a hidden door or working out how to break down a fragile wall is a great mix of pride and relief. The labyrinthine Cardinal Tower area is an excellent early example. 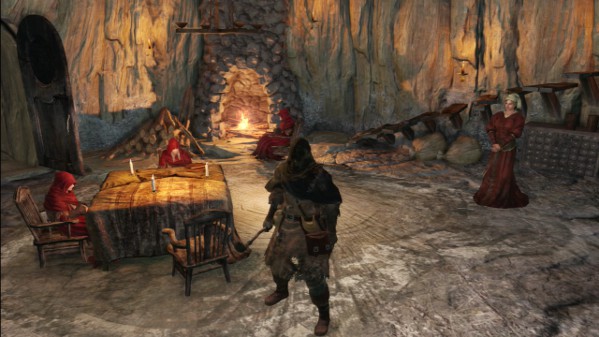 Then there are other areas where every second step you take, you're at another bonfire. Some sections offer something akin to a pleasant trot between the checkpoints – either there's an area you can choose to effectively bypass, the distance between the bonfires is bizarrely short or the handful of enemies in the way are easy to overcome. There are a few too many instances in Dark Souls 2 where you find a supposed sanctuary and feel little beyond mild surprise, and nothing like that familiar wave of hard-won relaxation.

Death just isn't the devastating horror it was in previous games. The danger of losing your souls – the precious souls required to level your character and buy items and upgrades – is reduced to the point of irrelevance in Dark Souls 2. Advancing through its world feels almost manageable, especially when the dungeons are cut up into easily digestible chunks. The game still boasts hugely tough enemies and incredibly thorny sections, but the emotions it stirs – frustration, determination, pride and relief – are somewhat blunted, and the magic not as strong.

Not as strong, but not absent. Dark Souls 2 remains capable of doing things other games would blanche at the thought of. It quietly opens up whole realms of its world without telling you, for example. You can still murder vital non-player characters, like the Emerald Herald, who you need for the small matter of leveling up. 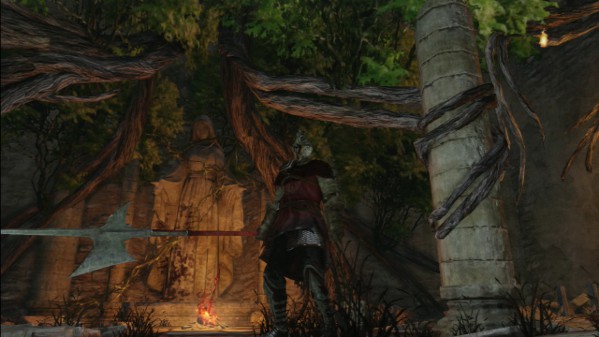 There's also a much keener eye for a prank than the previous games. Demon's and Dark Souls loved to chuck a boulder down a staircase or swing a giant axe at you when you were on a narrow platform, but Dark Souls 2 finds all manner of ways to catch you out, and almost all of its tricks and traps are downright hilarious. If something looks suspiciously risky, that's because it is. A zombie footsoldier stationed precariously on the edge of a pit, just begging to be pushed over? His friends are waiting for you to try. All those huge beasts locked in cages? Their escape is the least of your worries. That shiny sitting just within reach? Watch your footing. Dark Souls 2 quickly has you glancing nervously in every direction as you venture further and further into its death factories.

Bosses were always going to comprise a tough legacy, but Dark Souls 2 performs valiantly here too (though not exceptionally). The boss fights tend to be less epic, usually eschewing the Goliath-like behemoths of Dark Souls for more condensed duels that showcase Dark Souls 2's more intelligent AI. You'll often think you've sussed a pattern only to be caught by an unexpected extra swing of a sword, a swathe of soul arrows or a giant, drooling mouth that literally chews you up and spits you out. On the flipside, some of the more intimate bouts fade into one another, and while a few bosses offer excellent callbacks, others feel more like rehashes.

Still, some of the final bosses are plain monstrous, especially when you're attached to the difficulty-raising Covenant of Champions, which reduces your damage and hinders you from summoning AI phantoms. 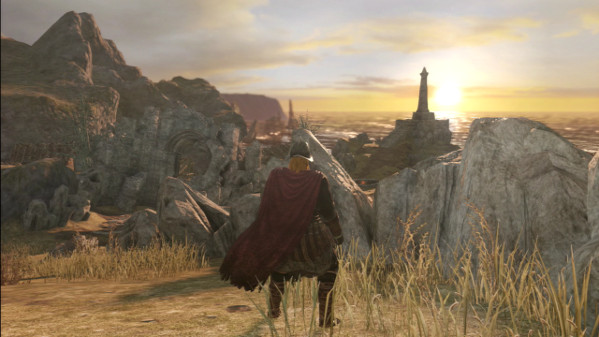 And that brings us to the online side, which is integrated with the main game but in many ways an entirely separate experience. Other players exist as translucent spirits in your world, and you'll find their messages scrawled everywhere – warning you of danger or tricking you into doing something foolish, depending on who wrote them. Bloodstains on the ground offer gruesome but helpful instant replays of another player's recent death. Meanwhile, covenants – factions generally tied to online multiplayer – are elegantly strung along the game world, and they make for time-eating diversions away from your main quest.

While the online side is still finding its feet in the first few days since launch – players are still making their way through the main campaign, after all – the player vs. player arena covenants are starting to thrive in particular. They offer go-to-areas for players to duke it out. Even better, these covenants can call on you when they're being attacked, so wherever you are in Drangleic, you'll be automatically summoned (along with others) to do your duty and defend your turf. These covenants, along with individual co-op and PvP interactions, make online integration an even more involved, significant part of the experience.

The online, like the rest of the game, is a dangerous whirlpool that will swallow up your time as well as your attention. Dark Souls 2 may not be what came before, but it is its own game, with its own hilarious deaths, ridiculous traps, haunting melodies, and foreboding bosses, and it still stands out with ease. That punch to the ribs may not wind as hard, but you'll still want to get up and explore this dark, devious world, over and over again.

Joystiq's review scores are based on a scale of whether the game in question is worth your time -- a five-star being a definitive "yes," and a one-star being a definitive "no." Read here for more information on our ratings guidelines.
In this article: dark-souls-2, from-software, microsoft, namco-bandai, pc, playstation, ps3, xbox
All products recommended by Engadget are selected by our editorial team, independent of our parent company. Some of our stories include affiliate links. If you buy something through one of these links, we may earn an affiliate commission.