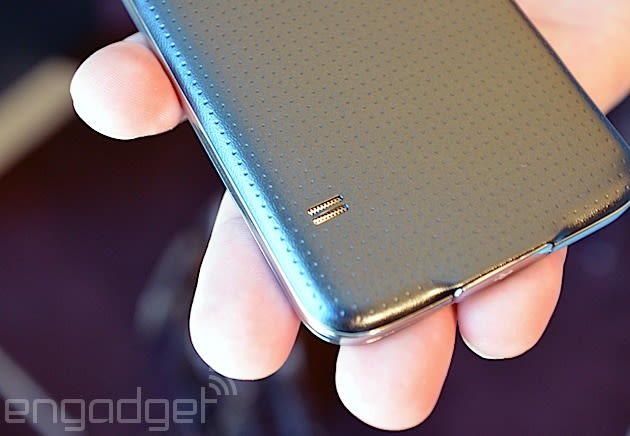 Looks like the embargo is officially up on Samsung Galaxy S5 pricing. After AT&T revealed earlier today that it'll sell the new flagship phone for $200 on-contract, T-Mobile chimed in to say it will offer the device for no money down, with pre-orders beginning next week, on March 24th. Of course, anyone who knows anything about T-Mobile's UnCarrier pricing plans knows that doesn't mean "free" -- it means you're committing to 24 subsequent monthly payments. So, if you're already sweet on the GS5's Band-Aid-like stylings, and know you prefer T-Mo, you'll want to sign up first thing on Monday.

Source: T-Mobile
In this article: galaxys5, gs5, mobilepostcross, samsung, samsunggalaxys5, samsunggs5, t-mobile
All products recommended by Engadget are selected by our editorial team, independent of our parent company. Some of our stories include affiliate links. If you buy something through one of these links, we may earn an affiliate commission.