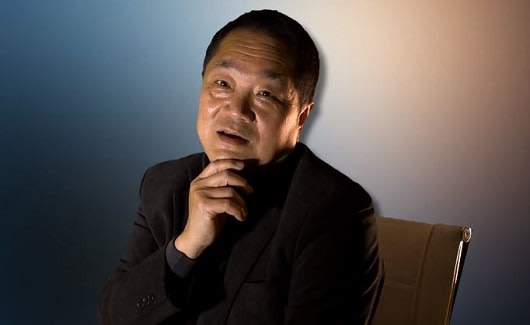 Former Sony Computer Entertainment chairman and CEO Ken Kutaragi is often referred to as "Father of PlayStation." Kutaragi accepted the Lifetime Achievement Award at the 14th Annual Game Developers Choice Awards last week for his contributions to video game development. To chronicle his "role as a young developer," Kutaragi teamed up with the funny folks at Mega 64 for the action-packed video "Kutaragi's Way."

Kutaragi's Way includes elements of a typical day in the life of a game developer: Shootings, explosions and a disembodied emotion engine. Kutaragi also appears as the CEO of a certain competitor in the spoof on late 1980s action films.
[Image: Mega64]
Source: YouTube
In this article: father-of-the-playstation, funny, ken-kutaragi, Kutaragi, Kutaragis-Way, mega-64, Mega64, PlayStation, spoof, video
All products recommended by Engadget are selected by our editorial team, independent of our parent company. Some of our stories include affiliate links. If you buy something through one of these links, we may earn an affiliate commission.