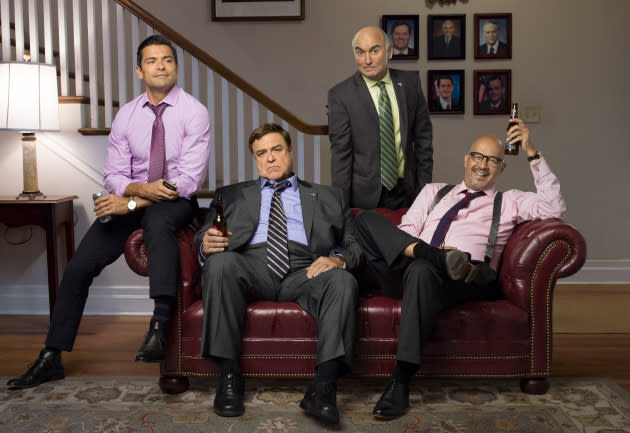 Amazon's Alpha House will return for a second season, with production beginning this summer. The original series, starring John Goodman and three other guys, follows a group of Republican senators living together in Washington, D.C. Season one is currently ready to stream through Instant Video for Amazon Prime subscribers, with the first three episodes available to everyone for free. Amazon also greenlighted six other series from its selection of pilots, including The After, Bosch, Gortimer Gibbon's Life on Normal Street, Mozart in the Jungle, Transparent and Wishenpoof. Of course, you'll be shelling out more for Prime by the time any of these go live -- if two-day shipping wasn't enough to justify the price, at least you'll have another batch of fresh content to justify that $99 subscription.

In this article: alphahouse, amazon, amazonprime, hdpostcross, prime, streaming, video, videos
All products recommended by Engadget are selected by our editorial team, independent of our parent company. Some of our stories include affiliate links. If you buy something through one of these links, we may earn an affiliate commission.