Samsung announces a Privacy app for its smart TVs 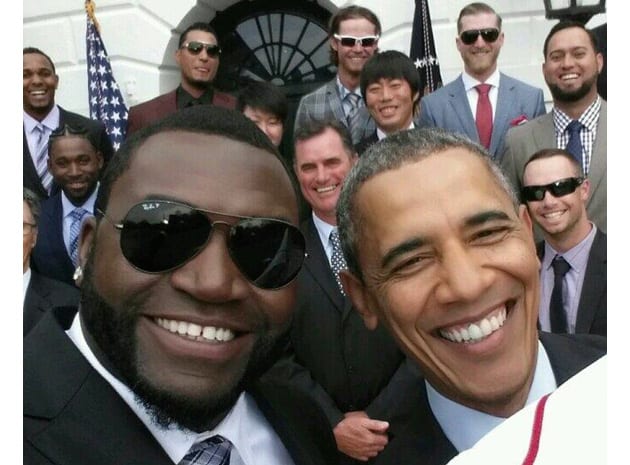 Did you catch the selfie that the Red Sox's David Ortiz took with President Barack Obama? That was a great instance of cultural zeitgeist, wasn't it? However, Samsung also has a deal with Ortiz that let it use the shot (taken with a Galaxy Note 3) in a Twitter ad -- and the White House isn't very happy. The administration tells CBS that it didn't realize the baseball star's photo could be used as an Oscars-style marketing ploy. Officials aren't asking anyone to take pictures down after the fact, but they hint that they might not have approved the photo if they'd known about the possible financial incentives. For his part, Ortiz insists that it was a sincere, spur-of-the-moment shot -- while Samsung pays him, he couldn't exactly promise an Obama photo op. We're inclined to believe Big Papi, but something tells us that the President may be a little more camera shy in the future.

Big Papi, Big Selfie. RT @DavidOrtiz What an honor! Thanks for the #selfie, @BarackObama pic.twitter.com/3I7ckLjquf

Source: CBS Boston, Samsung Mobile US (Twitter)
Coverage: Boston Globe
In this article: advertising, baseball, BostonRedSox, davidortiz, marketing, obama, presidentobama, samsung, selfie, socialnetworking, sponsorship, sports, twitter
All products recommended by Engadget are selected by our editorial team, independent of our parent company. Some of our stories include affiliate links. If you buy something through one of these links, we may earn an affiliate commission.