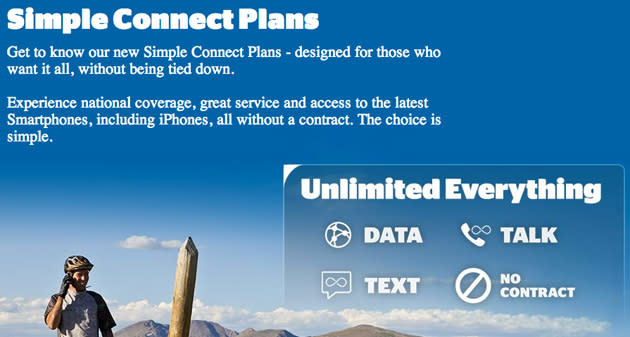 If you'd rather not go to a very big US carrier like T-Mobile to avoid both contracts and up-front phone costs, don't worry -- US Cellular now lets you drop those obligations, too. Its newly launched Simple Connect plans provide unlimited data, messaging and voice without a contract, starting at $40 per month for basic phones. Smartphone plans start at $50 per month with 500MB of full-speed data, and $60 per month for 2GB. Going contract-free opens the door to an equally new (though far from original) installment plan that lets you pay for a device over the course of two years, rather than shelling out a lot of money up front. US Cellular's fresh rates won't tempt anyone away from the bigger data caps on regular plans (or competing networks), but they could give those with modest demands more control over when they upgrade phones or jump to other providers.

In this article: carrier, cellphone, contract-free, installmentplan, mobilepostcross, NoContract, simpleconnect, uscellular, wireless
All products recommended by Engadget are selected by our editorial team, independent of our parent company. Some of our stories include affiliate links. If you buy something through one of these links, we may earn an affiliate commission.