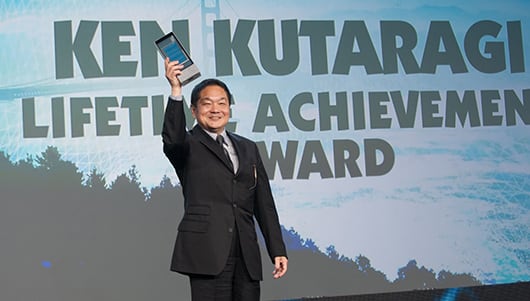 Though Shuhei Yoshida now serves as the head of Sony's PlayStation arm, he once worked under former PlayStation CEO Ken Kutaragi – a man who Yoshida praises, while also noting his mercurial nature.

In a lengthy look back at the last two decades of PlayStation transcribed by Engadget, Yoshida says that working under Kutaragi was "incredibly difficult," as the executive had a habit of changing course on a dime, demanding his team go in an entirely different direction without any forewarning. "Every week his direction and instructions could change," Yoshida said.

Kutaragi was also hesitant to offer his employees direct praise. "I was complimented by Ken twice," Yoshida said. "When I say this to my colleagues, they say, 'Twice? That's a lot.''' Despite Kutaragi's hard-edged management style, Yoshida contrasts his complaints by adding, "But still, we all love Ken."

For more from Shuhei Yoshida, take a moment to pore over that Engadget piece. Yoshida is unexpectedly candid, offering insight on everything from his time in school, to the birth of PlayStation, to the launch of the PlayStation 4. Yoshida's version of history is understandably biased toward his employer, but it remains a vital glimpse at the history of the gaming industry.
[Image: Wikimedia]
Source: Engadget
In this article: ken-kutaragi, playstation, ps3, ps4, shuhei-yoshida, sony
All products recommended by Engadget are selected by our editorial team, independent of our parent company. Some of our stories include affiliate links. If you buy something through one of these links, we may earn an affiliate commission.