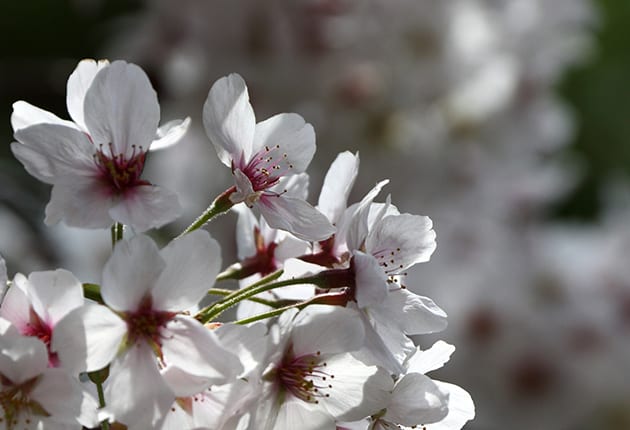 In 2008 Japanese scientists decided to take a handful of cherry tree seeds (and by "handful" we mean over 250) to space. The embryonic plants spent eight months aboard the International Space Station as part of an educational project aimed at children. When the stones returned, 14 of them were selected and planted around Japan. The saplings were expected to bloom after 10 years of maturation. Instead, four of them sprouted flowers this year -- a full six years ahead of schedule. The sudden and extremely early blossoming of the trees has scientists quite confused and desperately seeking answers. Kaori Tomita-Yokotani, from the University of Tsukuba, told AFP she was stumped. "There is the possibility that exposure to stronger cosmic rays accelerated the process of sprouting and overall growth," she said, but also suggested that cross pollination could be the culprit. Since the project involving the seeds was not a true experiment, and more a stunt to pique the interest of children, there is no control group to compare against. In fact, there's very little data at all for the scientists to work with. We're betting on the cosmic rays, though. We all know what happens when humans are bombarded by them.

Via: The Verge
Source: AFP
In this article: cherry blossoms, cherry trees, international space station, ISS, japan, space
All products recommended by Engadget are selected by our editorial team, independent of our parent company. Some of our stories include affiliate links. If you buy something through one of these links, we may earn an affiliate commission.