The next frontier for cannabis vapes: mood-specific formulas 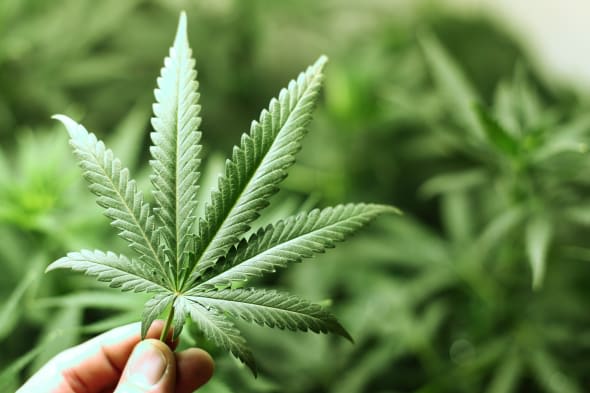 Criminals are dicks. That much we all know is true. But now these dicks are using heat-sensing drones to pull off "sophisticated" heists of weed farms (yes, that weed) in the United Kingdom, as local paper Halesowen News discovered. Consider this quote from one enterprising crop hijacker:

It is not like I'm using my drone to see if people have nice televisions. I am just after drugs to steal and sell. If you break the law, then you enter me and my drone's world.

It's solid logic, really. Marijuana has yet to be legalized in the UK, so growers are technically in the wrong for bothering to grow their own, get high and overeat while watching terrible telly. Or, fine, they're probably selling that weed, too. And also, these opportunistic crooks are using drones to hunt down these cannabis crops! So, I guess we should applaud their enterprising spirit? I don't know how to feel.

Unfortunately for the victims, these raids can sometimes turn violent. Though the smug thug speaking to Halesowen News admitted that his crew usually just outright steals from or imposes a tax on their targets since "the people growing [weed] are not gangsters." See? He's a thoughtful dick.

The local members of Parliament aren't unaware of the situation either, but it also doesn't appear as if a solution is underway. Tom Watson, chair of a Parliamentary group on drones had this to say about the spike in weed-jacking incidents: "This ... story shows the proliferation of drone technology which can be used for both good and bad." That's some deep insight from the local government right there, folks. People can do good and bad things... and all in the name of weed.

Via: Gizmodo
Source: Halesowen News
In this article: 420, drones, heat sensing drone, heatsensingdrone, marijuana, uk, uk-feature, UnitedKingdom, weed, weed uk, weeduk
All products recommended by Engadget are selected by our editorial team, independent of our parent company. Some of our stories include affiliate links. If you buy something through one of these links, we may earn an affiliate commission.