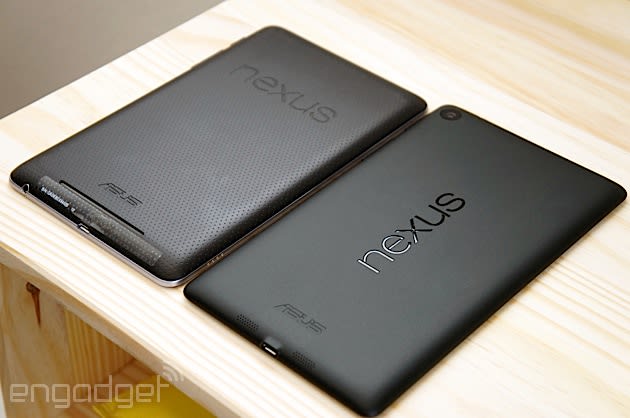 When it comes to producing affordable Nexus tablets, Google's on a roll -- and it's looking to take advantage of that momentum. After partnering with ASUS on a 7-inch tablet each of the last two summers, the software giant is now reportedly working with HTC on an 8-inch version slated to launch in the third quarter of this year. The report comes to us from hit-and-miss DigiTimes, which tells us that Google is switching to HTC because it wants to push a new design, and ASUS is more interested in selling tablets and phones under its own brand instead.

Unless you count the Google Play edition of the LG G Pad 8.3, this will be Google's first time offering a Nexus Android experience on an eight-inch tablet, and will be HTC's first shot at designing a device for the series since the Nexus One. It's also an interesting move by the Taiwanese company, which has recently expressed interest in penetrating more segments of the market in the hopes of getting its products in more hands. Of course, DigiTimes explains that Google may not be as aggressive in selling the Nexus 8 as it was with previous tablets; apparently the previous versions did well enough to encourage Android's penetration into the tablet market, and Nexus slates simply don't have as significant an influence as they once had.

Since I/O takes place the last week of the second quarter, it's uncertain if Google would use that opportunity to announce the device and officially release it later, but that's part of the magic of the show -- there's always a surprise or two.

Via: PhoneArena
Source: DigiTimes
In this article: google, googlenexus, htc, mobilepostcross, nexus, nexus8, nexustablet
All products recommended by Engadget are selected by our editorial team, independent of our parent company. Some of our stories include affiliate links. If you buy something through one of these links, we may earn an affiliate commission.