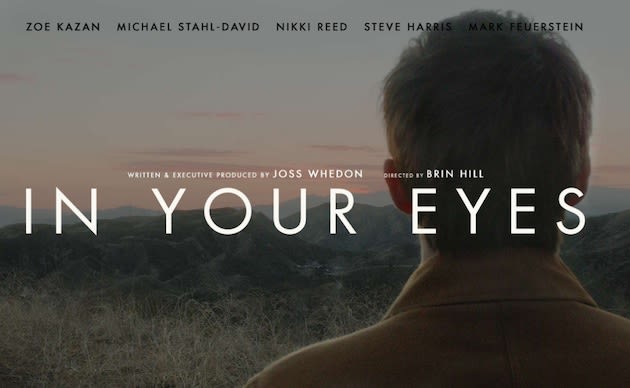 Joss Whedon might currently be shooting the follow-up to The Avengers, but that hasn't stopped him from making waves with another of his projects. Just moments after In Your Eyes premiered at the Tribeca Film Festival, the Firefly creator announced that the supernatural love story he penned and executive produced would be immediately available to rent on video streaming website Vimeo for $5. It's a huge coup for the website and its On Demand pay-per-view service, which finds itself in a market dominated by Google's YouTube. As part of the agreement, it'll get the chance to distribute the film to fans globally for a period of 72 hours, around three months before it's due to hit theaters. Unable to attend the premiere himself, Whedon confirmed plans while taking a break from production of the Age of Ultron. "It's exciting for us because we get to explore yet another new form of distribution," he said, "and we get $5."

Via: BBC News
Source: In Your Eyes (Vimeo)
Coverage: In Your Eyes Movie
In this article: hdpostcross, in your eyes, joss whedon, movie, on demand, rent, streaming, vimeo
All products recommended by Engadget are selected by our editorial team, independent of our parent company. Some of our stories include affiliate links. If you buy something through one of these links, we may earn an affiliate commission.