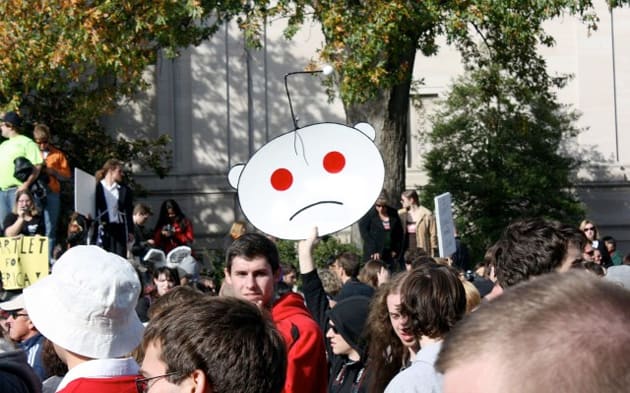 Thousands of self-managed forums make up Reddit's sizable corner of the internet, but only a few dozen bear the coveted "default" status that places them on every new user's list of subscribed communities. Now, there's one fewer. A dramatic saga of censorship, poor moderation and keyword-based deletion scripts have ousted the technology subreddit (/r/technology) from the default list.

The change came shortly after users sleuthed out a number of keywords that, if present in a post's headline, would cause it to be automatically deleted. The community's moderators eventually confirmed that a bot called AutoModerator was used to cull content -- specifically targeting politicized or controversial terms. Unfortunately, the banned words included terms like anti-piracy, SOPA, NSA, Snowden, Bitcoin and even CEO, ensuring that dozens of hot-topic stories would never make it to Reddit's front page.

The community's moderators have since made the tool's configuration page publicly viewable, nixing most of the auto-ban subjects in the process. "We messed up, and we are sorry," community moderator Pharnaces_II explained. "The mods directly responsible for this system are no longer part of the team and the new team is committed to maintaining a transparent style of moderation." Fixing the AutoModerator tool is only the first step, though: former moderators have outlined the hot mess of power struggles, policy disagreements and staffing issues that caused /r/technology to lose its status.

Reddit's message the community's moderators (presented to the public in a imgur link) outlines the road to recovery pretty clearly, at least. "If you can manage to look past your petty squabbles, add new moderators (there needs to be a significant increase in active mods), and function as a team we might consider adding you back." Sounds like a solid gameplan to us. Check out the links below to peek at the moderator's own comments on the issue and a deeper look at the drama surrounding it.

Via: Mashable
Source: Reddit (1), (2), BBC
In this article: bots, censorship, communities, forums, reddit, redditors, technology
All products recommended by Engadget are selected by our editorial team, independent of our parent company. Some of our stories include affiliate links. If you buy something through one of these links, we may earn an affiliate commission.